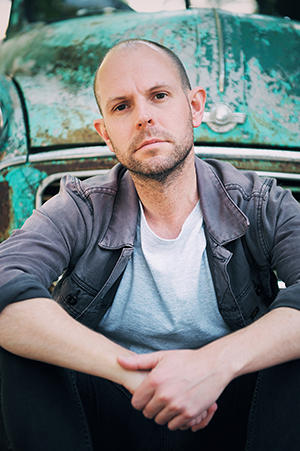 Those that have witnessed a Dave Wells performance are privy to the beguiling power of this most rare of musicians. Few songwriters conjure the emotive force of this songwriter, whose command of both voice and guitar captivates to the point of transcendency. On his new seven-track release, due mid-2021, Wells captures the arresting simplicity of his voice and guitar. In the midst of a global pandemic, the Hunter-based songwriter collaborated with world-renowned producer and engineer Nick DiDia (Bruce Springsteen, Rage Against the Machine, Powderfinger), the mutual aim to depart from the robust full-band bells-and-whistles delivery of Wells’ acclaimed debut solo record and strip the songs down to their elemental components. In February 2021, Wells will embark on his first post-COVID headline tour, taking this mostly unheard set of songs on the road for a series of solo and full-band shows. The first taste of the new material will be single ‘Hey Mate’, a searing tribute to a dear friend, and a song that will perhaps apply to someone in the lives of all that hear it. With a now broader and more stunning songbook, Wells is sure to deliver mesmerising and life-affirming concerts for those lucky enough to attend. Just don’t forget to bring a mate.

“Dave Wells has mastered the honest and beautiful. His songs soar, and his performances soothe” – KIM CHURCHILL

“He is a rare talent, a composer of thoughtful and stirring melodic folk-rock tunes, with a voice to match” – BEN SALTER