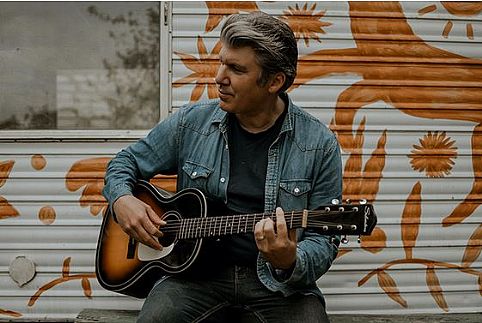 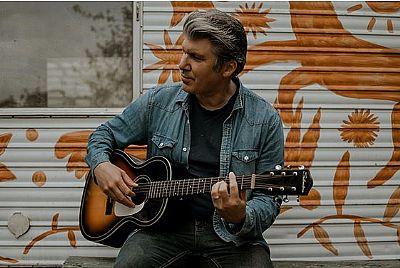 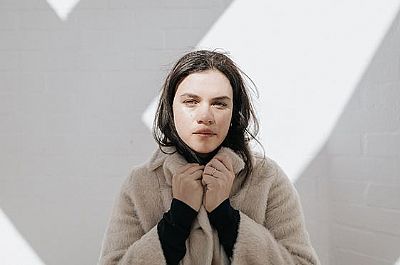 Click to enlarge
When:
Sun 22 Nov 2020
Time:
6pm
Cost:
From $35
Booking:
A Must
Details:
Stepping out from behind the Mikelangelo persona, Michael Simic announces a solo tour in November to launch the single Dark Moon, from his forthcoming album.
Well known for his long-term band Mikelangelo and the Black Sea Gentlemen (who celebrate their 20th anniversary this year), Simic's solo work puts his intimate storytelling and reflective ballads front and centre. Balancing light and shadow, his melodic, guitar driven songs and sonorous voice share terrain inhabited by Leonard Cohen and Nick Cave, mixed with the dreamy and expansive musical landscapes of Mazzy Star, Cowboy Junkies and Calexico.
For Simic, who had his first child with his wife at 49, there was a mixture of emotions, and an incredible flood of creativity. Taking a year off has afforded him downtime to connect with more personal song writing. Dark Moon was penned in a caravan out the back of a converted church where his small family live near Braidwood in country NSW. The song was inspired by starry nights far from the city, and a need to make peace with the past and accept the present.


T. Wilds is an Australian Singer and Songwriter who has played shows with Will Oldham, Cat Power, Kristin Hersh, My Brightest Diamond, and Clare Bowditch among many others.
Originally growing up in the Melbourne and Sydney (indie) music scene with her band Spdfgh, Tania relocated to Chicago for quite some time where she played her music with members of Tortoise, Wilco, and Giant Sand.  Now she is back and living in the Blue Mountains NSW, working with Matt Toohey (Kid Cornered) on new material ranging from folk to pop to moody country.

A Ceremony by Design is seizing the opportunity to re-imagine weddings for the 2020s.
more »

Soft and warm
Also in this Section