When:
Sun 13 Oct 2019
Time:
6:00pm
Cost:
30
Booking:
Recommended
Facilities:
Parking Available, Toilet on Site, Disabled Facilities
Notes:
Event facilities may be modified in wet weather
Details:
Two of Australia's most adventurous classical musicians, Simone Slattery (violin) and Anthony Albrecht (cello), are performing their beautiful multimedia show, Where Song Began at the Gang Gang Gallery. Based on Tim Low's bestselling book, this performance tells the story of the evolution of song, featuring music spanning 300 years, stunning visual projections and an immersive soundscape. The experience has been described as "like being sung to by the country".

The performance will take place on Sunday the 13th of October as part of an ongoing tour of over 50 concerts around regional Australia.
Doors will open at 5:30pm for a 6:00pm concert, and tickets include a complimentary glass of wine.
Adults $30, Concession $25, Under 18 $5

'Where Song Began’ is a musical celebration of Australia’s birds and how they shaped the world.

Inspired by leading ornithologist Tim Low’s award-winning book, this 50-minute performance explores the Australian origins of song, ‘the birds that can sing’. Such is their evolutionary significance, ‘one may ask whether human music would have reached the heights it has, had the first songbird not sung in an Australian rainforest.’

Accessible for all ages, this work encourages the audience to contemplate the origin of song and the importance of Australia's rich and colourful bird history. The program includes music spanning 300 years, from Johann Heinrich Schmelzer and J.S. Bach to Arvo Pärt and new Australian works, enhanced by a film of evocative visual projections, and an immersive soundscape.

About the performers: Simone Slattery was a 2018 Churchill Fellow, received a PhD in Music Performance from the University of Adelaide and performs regularly with Australia’s finest ensembles. Anthony Albrecht is an Australian graduate of The Juilliard School’s Historical Performance program and enjoys an international career.

Performance length: 60 minutes without interval, including a Q&A

These performances are supported by Birdlife Australia. $1 from every ticket sold will be donated to Birdlife or a related conservation cause.

Come and explore the mountains with us on a day-tour in the Blue Mountains.
more »

Ride like The Great Gatsby. From $39 p/p. Upper Blue Mts only. https://tinyurl.com/rgqe3cc
more » 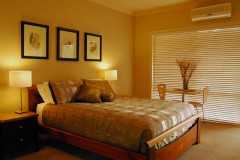 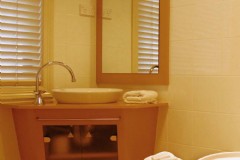 Couples Seeking That Intimate Getaway...
Also in this Section