Music Hunter and Music in the Mountains co-present this stunning and rare show on Saturday 12th October with Daniel Weltlinger and Zohar's Nigun. Witness their critically acclaimed new album 'Szolnok'. The band name Zohar's Nigun loosely translates as music with depth and soul.

Zohar's Nigun is Daniel Weltlinger on violin. Daniel Pliner on piano. Simon Milman on bass and
Robbie Avenaim on drums/percussion

'Szolnok' is an album that was recorded with and traces in music the true story of Daniel Weltlinger's grandfather's violin from Szolnok that was carried by foot from Hungary to France between 1920-1922.

The violin was literally carried across the entire globe - from Budapest to Vienna to Marseilles to Casablanca to Sydney to Berlin - and the album consists of a mix of mostly original material mixing jazz, classical, folk and free improvised music influences as well as songs that Weltlinger's grandfather played on the violin.

The album follows the historical line of this instrument and its whereabouts until the present day, and represents a story about time, continuity and most importantly about moving forward. It is a story for the ages.

This highly unusual and deeply personal album, recorded at Blackbird Studios in Berlin, mixes elements of jazz, free improvisation, Classical and folk influences, as well as songs Weltlinger’s grandfather performed on the violin.

Born in Sydney, Australia in 1977 and of French-Austro-Hungarian-Israeli family background, the critically acclaimed Berlin-based violinist and composer-producer Daniel Weltlinger has long been renowned worldwide for his distinctive warm sound and innovations within the genres of Gypsy-swing, jazz, Yiddish-klezmer and experimental/free-improvised music. He is frequently in demand in a recording or performance capacity, often in collaboration with an array of top musicians and ensembles in a variety of different formats, and highly sought after for his technical and musical mastery on his main instrument.

“‘the violinist, whose plush tone has a built-in soaring quality, plays with scything velocity or leaves notes hanging in the air with such poignancy that time itself seems to stand still.’” JOHN SHAND – SYDNEY MORNING HERALD

Join us for Breakfast or Lunch. Open from 9am weekends. 10am weekdays @ the Norman Lindsay Gallery
more » 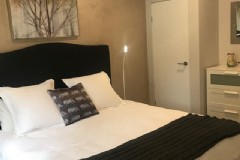 The calendar is now open
more » 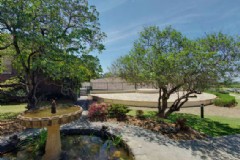