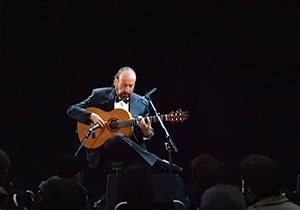 Victor Martinez Parada is recognised as one of the world’s finest classical Latin-American avant-garde guitarists. Born in Santiago, Chile, he has resided in Australia since 1989. He is an accomplished composer, teacher and performer with an extensive list of music in his repertoire, ranging from classical and South American folk to avant-garde.

He has composed pieces for solo guitar, ensembles including duos, trios, quartets, sextets and also for guitar & ensemble and guitar quartet & symphony orchestra. He is well-known for his arrangements and fantasies on pop tunes such as Stevie Wonder’s ‘You Are The Sunshine Of My Life’, Daniel Alomia Roble’s ‘El Condor Pasa’, Laura Branigan’s ‘Self-Control’ and Harold Arlen’s ‘Somewhere Over The Rainbow’. Audiences cherish his performances which reflect a professional music career spanning more than 50 years. A performance by Victor Martinez Parada will not only make you understand how music has shaped him but the way he has shaped music. He is a musician’s musician who plays from the heart.

After nurturing the musical careers of his family for many years with the band, Martinez Akustica, Victor Martinez Parada has returned to his roots and is taking his unique talent back on the road as a solo artist.

“Victor’s ear is such that he’s able to peel away the thump & swish of epic early eighties Britpop production to find the heart of a song not even its writers seemed to recognise. He honours the composition, rather than his own virtuosity. This humility, an abject absence of vanity, is a hallmark of his musicianship. Indeed, it’s the defining characteristic. It’s emblematic of Parada’s truly rare & precious gift for arrangement. And it’s a talent that comes to the fore again and again throughout the evening.
‘You Are the Sunshine of My Life’ is one of the greatest songs ever written. And, if it’s possible, Victor’s Fantasy on it only but enhances its status in the popular canon. In his hands, it becomes around a ten-minute opus. It’s as if he’s rolling out a red carpet for the tune, which progressively & unmistakably insinuates itself. The rhythmic flavour of flamenco informs the arrangement and imbues a passionate urgency. It’s a virile, avant-garde take on a Wonderful song. The Chilean Hendrix does it again.’ – Syke on Stage

“Their live show left me inspired each night of the tour. Definitely some of the most talented musicians I have ever seen.” – Michael Franti – Spearhead

“The music benefits from their intensity and passion…. so does the listener!” – Jeff Hamilton (Diana Krall)

“This is probably the greatest acoustic guitar band in the country – and yet another must-see at Bluesfest.” – Byron Bay Blues Festival 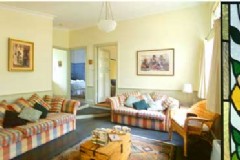 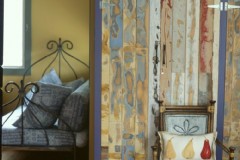