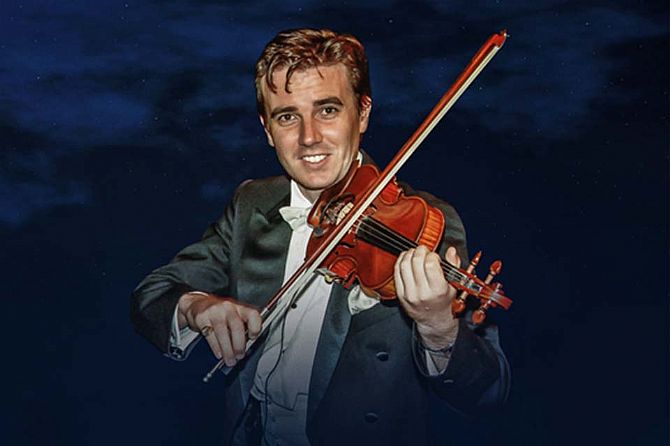 Celebrate the Golden Days of Music - take a trip through the decades and rejoice in the fabulous music of The 2019 Morning Melodies Series at The Joan.

For 29 years Morning Melodies has entertained a loyal community of followers who have become a vital and ongoing part of The Joan’s history. From flower power to swing, doo-wop to Dusty Springfield; and big bands, divas and dudes; the program this year is super exciting.

First up in January we take a trip back in time and into the decade that brought us flower power and flares.  Stephen Fisher King, Jo Elms, Bob Howe and the Greg Hooper Trio will be performing hits from The Eagles, Billy Joel, John Denver, Fleetwood Mac, The Carpenters, and many more in Welcome to the 70s. The show will feature an awesome multi-media presentation of the fun, fashion and food of the decade, taking you back to when cats were in the cradle, the good ol' boys were drinking whiskey and rye, and country roads took you home.

Now We’re Swingin’ includes some of the greatest songs from the era of swing. In February, Tom Burlinson will perform classics from Tony Bennett, smooth and jazzy melodies from Nat King Cole and the multi-talented, high energy Sammy Davis Jnr; plus hits from Dean Martin and Bobby Darin. Accompanying Tom on stage will be a swingin’ 5 piece band which includes some of Sydney’s best jazz musicians.

Up next in March is The Song Catchers - a tribute to iconic recording artists and household names Doris Day, Petula Clark and ABBA.  Their music has transcended time having lasted decades. Multi-award winning performer Donna Lee captures the essence of Doris Day’s everlasting appeal with her renditions of Que Sera Sera, Secret Love, Mean to Me and many more. The popular music of Petula Clark will be performed by the delightful Lisa Cook and will include Downtown, Colour My World, and This Is My Song among other well-known songs. For the more recent decades, FABBA will take you on a fantastic journey from Eurovision to Mama Mia and places even the Priscilla bus hasn’t been.

The Band Played On is a brand new show in April featuring Vov Dylan, Glenn Amer and The Palace Orchestra who will celebrate the music from the Titanic, the Palm Court era in both England and Europe, and a taste of American Ragtime. This concert is like no other – it will feature songs from the repertoire played on the Titanic and you will be surprised and amazed by some of the historical and unusual facts and also anecdotes surrounding that fateful unsinkable voyage.

In May, join the NSW Police Band for an exciting concert filled with the best of Music from Broadway. As one of the longest standing concert bands in Australia, the NSW Police Band are a highly entertaining ensemble who will captivate audiences in this all-singing, all-dancing variety concert celebrating the finest in Broadway music.

Join three generations of the Kermond clan in June – Warren, his son Wayne and grandson Zan in a show stopping tribute to all things vaudeville in The Kermond – 3 Gen Show. This multi-generational romp delivers a unique and fresh new insight into the hitherto vanishing world of variety where night after night, song, dance slapstick and comedy collide to create entertainment that will delight, titillate and delight you.

In July, warm up with the sounds of love with Legends of Doo Wop. The Lions Den have put together their musical genius and prepared a smorgasbord of Doo Wop including iconic songs of The Beatles, Bee Gees, The Jackson 5, The Beach Boys, The Drifters, Air Supply, The Temptations, The Commodores, Righteous Bros, The Four Tops, Frankie Valli & The Four Seasons  –  the list is endless. Special guest Belinda Marks is one of Australia’s leading cabaret ladies who oozes charm and elegance on stage and joins The Lions Den in this vibrant and exciting show.

Be prepared to Get This Party Started in August with a tidal wave of talent and energy as three of Australia’s top Award winning cabaret acts take to the stage and blow audiences away with high powered performances. Nathan Foley, Lisa Crouch and Danny Elliott combine their singing, dancing and musical talents into one for this incredible showcase of performance. We have all the ingredients – so let’s get this party started.

The Stomping Ivories in September is a live juke box with moments of hilarity in between. Led by the irrepressibly, cheeky-but-charming Hugh Murray, the show is the perfect mix of outstanding musicianship, toe-tapping tunes, soulful singing, wit and good humour. The music ranges across eight decades of music from Cab Calloway, Gershwin, Peter Allen, Elton John and the swinging class of Frank Sinatra.

Peter Cousens & Friends will feature the combined talents of musical theatre icon Peter Cousens, multi- instrumentalist Chris Gable and the exceptional vocal talents of Grace Rizzo. The show will be a feast of musical delights including Music of the Night, Maria, Love Changes Everything, Clarinet Polka, I Will Always Love You, Natural Woman and more! Showing in October, Peter Cousens & Friends will guarantee an exciting and captivating experience for audiences in this smorgasbord of musical treats.

In November, be prepared to be dazzled by glitz and glamour and amazing interpretations of popular divas from the 60s and 70s in Dusty & The Divas. Sharon and Jessica Rowntree have pooled their vocal talents to take you travelling down memory lane with the iconic songs from artists such as Cilla Black, Patsy Cline, Karen Carpenter, Dolly Parton and Connie Francis. More than a tribute, Dusty & The Divas is a show filled with hits, laughs and fantastic costumers, all rolled into one.

Making their first Christmas appearance at The Joan in Deck The Halls, The Royal Australian Navy Band under the musical direction of Lieutenant Brian O’Kane, will take you on a musical journey that is both nostalgic and powerful. The repertoire will include items from great musicals as well as Jazz all within the Christmas theme. Be enthralled by the musical extravaganza that will put audiences in the mood for the festive season.

All tickets are just $20 and include Devonshire tea served from 10am. All concerts 11am. Tickets can be reserved at the Box Office on 4723 7600 or booked online.

Dates:
All concerts are on the fourth Wednesday of the month, except the December concert on the third Wednesday to herald the festive season.

Portland Art Show set to go ahead on the first weekend in March
The 45th Annual Portland Art Exhibition is going ahead, with some changes...