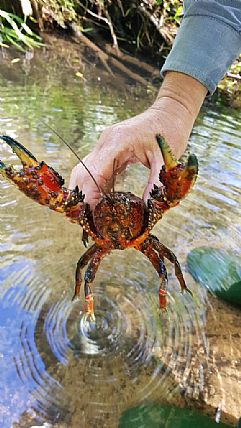 Council’s Healthy Waterways Team runs annual crayfish surveys in three areas and waterbug surveys at more than sixty sites, however they are unable to conduct formal surveys in every stream which is where the Blue Mountains community comes in.

Mayor Mark Greenhill said: “The Blue Mountains Crayfish Count is a fantastic new initiative which gives Blue Mountains residents the opportunity to become citizen scientists in their own backyard and to contribute to our collective knowledge of our local species – in this case freshwater crayfish.”

By collectively gathering more data on crayfish, Council’s Healthy Waterways Team will get a better picture of the health of our crayfish populations, and in turn, the health of our waterways. It may also allow earlier detection of possible pollution incidents that are impacting on crayfish and waterway health.

As part of the launch of the project, Council has produced some short videos about crayfish. These summarise the differences between our native spiny crayfish and yabbies, their importance, and some things you can do to help protect them. There’s also some great underwater shots of some beautiful Giant Spiny Crayfish (Euastacus spinifer).

More information, or get involved in the project » 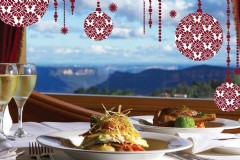 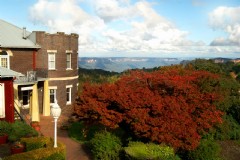