Source: The office of Marise Payne MP, Senator for Western Sydney
Posted: 25 May 2021 The Morrison Government has released a ten-year blueprint for protecting Australia’s biodiversity, The Threatened Species Strategy 2021-2031 (the Strategy), which establishes a national prioritisation framework for threatened species that targets a broader range of species, focusses on key native habitat, and drives the development of new technologies.

The Strategy draws on the lessons of the 2019-20 Bushfires to identify and adapt to sudden threats from an increase in natural disasters, consistent with recommendations of the Royal Commission into National Natural Disaster Arrangements.

“Our human footprint, feral pests and weeds, our changing climate and biosecurity hazards present an enormous threat to a growing range of native species and this Strategy is at the heart of caring for our country, for its biodiversity and for our future,” Minister Ley said.

Liberal Senator for Western Sydney, Senator the Hon Marise Payne, said the Strategy ran alongside funding the Morrison Government had delivered for expert-led environmental projects in the Blue Mountains.

“Under our leadership, we established the first ever five-year federal threatened species strategy in 2015, so protecting our distinctive Australian plants and animals through practical environmental action is in our government’s DNA,” Senator Payne said.

"We have matched this clear vision by supporting practical actions to help our local environment, which has included funding to protect the habitat of the endangered Blue Mountains Water Skink in partnership with the Blue Mountains World Heritage Institute, and more recently, by funding cultural burning workshops with traditional owners in Yellomundee Regional Park at Hawkesbury Heights.”

The next step in the implementation of the Strategy involve the development of consecutive five-year Action Plans. Each Action Plan will identify priority species and places, outline specific actions to improve the trajectory and condition of species and places and set targets to measure progress.

Senator Payne said the first Action Plan, to be released in the second half of 2021, is expected to identify up to 100 priority species and 20 places with specific targets to focus recovery actions to 2026.

“Conservation is everyone’s business and that is why I have organised multiple opportunities for local environmental groups, such as the Blue Mountains Conservation Society and Science for Wildlife, to meet with Minister Ley since the 2019-20 Bushfires,” Senator Payne said.

“Over the coming months, I’ll be keeping our community informed about opportunities to lend their expertise to the development of the first Action Plan and I encourage anyone interested in being involved to contact my office.”

More information about the Strategy » 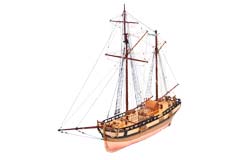 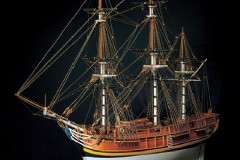