Keeping Local Roads Safe – SLOW DOWN In My Street Council is asking Blue Mountains residents to support a local road safety campaign, by placing Slow Down in My Street stickers on their garbage bins.

The Blue Mountains Police Area Command are targeting speeding on local streets during July and August.

Residents can play their part by slowing down to make roads safer for pedestrians, cyclists and motorists.

“There is no such thing as safe speeding,” Mayor, Cr Mark Greenhill, said. “Do your bit to keep our local roads and people safe.

“You can also support the initiative by placing the Slow Down in My Street sticker on your garbage bin, as a visual reminder for all motorists to slow down in your street.”

NSW Roads and Maritime Service (RMS) data shows that there were 185 recorded crashes in the Blue Mountains local government area in 2017. Speed was a factor in 30% of these crashes.

Travelling at 5km over the speed limit in good weather conditions can put you, your passengers, pedestrians and other vulnerable road users at increased risk.

“It’s simple, the faster you travel the longer it takes to stop. Throw adverse weather conditions into the mix and the impact of a crash is more severe,” Cr Greenhill said.

Even small reductions in speed can make a difference. Driving to the conditions and slower speeds improves a driver’s ability to stop and avoid crashes, especially in residential areas. Where crashes do occur they are less severe, especially to vulnerable pedestrians and passengers such as children and the elderly.

Slow Down In My Street is jointly funded by NSW Roads and Maritime Service (RMS) and Blue Mountains City Council, with support from NSW Police.

Slow Down In My Street stickers are available from Council’s customer service centre at Katoomba. 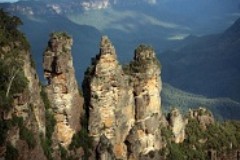 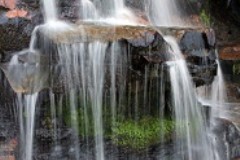