Jenolan's Easiest Tour
The Imperial Cave follows an ancient river passage. It is a wonderful, memorable experience for people of all ages, including children. As the path is mostly level, with short sets of stairs, it is the best cave for less mobile or elderly visitors.

In 1879, not long after Queen Victoria had adopted the title of 'Empress of India', Jeremiah Wilson, Jenolan’s first cave guide, discovered a wondrous cave at Jenolan, one thought fit for an Empress - the Imperial Cave.

Now, the Imperial Cave features safe paths and subtle lighting that shows off each crystal formation to best advantage.

Cave features include 'The Sinkhole', 'Ridleys Shortcut' (with a story on how it got its name), 'Lot's Wife', the 'Alabaster Column' and the dramatic 'Crystal Cities' which looks like an ancient fortress, and as its name suggests, the 'Shawl Cave' is filled with delightful cave shawls.

When the floor of the Imperial Cave was excavated in 1975, bones were discovered. The bones of a Tasmanian Devil (long extinct on the mainland) and a Wallaby are on display. As you walk through the cave, you can also see marine fossils embedded in the limestone roof and walls.

This 1-hour tour includes an visit to the northern 'Jenolan Underground River', via a 66 step spiral staircase. This part of the tour is optional for less mobile visitors. 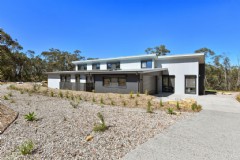 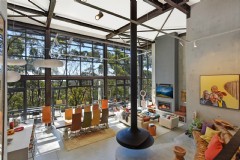 Portland Art Show set to go ahead on the first weekend in March
The 45th Annual Portland Art Exhibition is going ahead, with some changes...