Extensive Damage to Tourism Infrastructure After Flood and Fires The much-loved Charles Darwin Walk has a repair bill of at least $750,000 after bridges were damaged, numerous boardwalks destroyed and large sections of the walking track were wiped out as a result of unprecedented stream bank erosion.  The entire Charles Darwin Walk, including its many entry points, have been closed to the public and repairs may take up to two years to complete.

“The flood damage on Charles Darwin Walk has been extensive with no section of the track spared.  The track is impassable in many places and there are a range of hazards present that affect public safety,” Mayor Mark Greenhill said.

“Local waterways were overwhelmed after rainfall of over 550mm in the upper mountains between 7-9 February, causing significant erosion and damage to critical tourism infrastructure.

“The flood damage and closure of Charles Darwin Walk is a significant blow to tourism and the recovery of our local community.”

The flood damage follows bush fires that had already destroyed more than $5 million in tourism infrastructure in the Blue Mountains.

As a result of both fire and flood damage, Council has closed Mt York, Pulpit Rock, Popes Glen, Leura Cascades and now Charles Darwin Walk.  Assessments of flood damage infrastructure are ongoing and further closures may be required.

“The recovery of the City and its tourism industry will rely on reopening these important tourism attractions as soon as possible,” Mayor Greenhill said.

“The repair of fire and flood damaged infrastructure will require an enormous undertaking by Council and NPWS, that could take several years with current funding.”

“We cannot afford to wait one or two years for this to happen and we need urgent State or Commonwealth Government assistance to expedite repairs and reopen these attractions to visitation.” 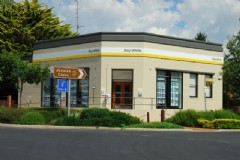 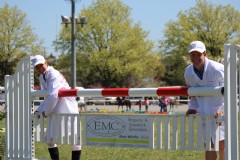