Council continues to advocate against Wildlife Park at Wentworth Falls 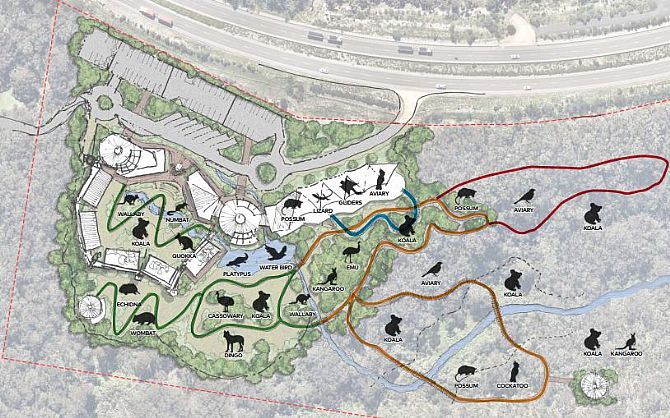 The proposed development goes against several key policies and principles of development within the Blue Mountains Local Government Area (LGA), not least of which is that the development is at odds with Council's current Local Environmental Plan (LEP) 2015.

The LEP identifies what natural areas should be protected and sets standards and criteria for how all new developments are assessed.

Mayor, Cr. Mark Greenhill, said: "The development consent issued in 1989 by the NSW Land and Environment Court for a wildlife and tourism development was approved prior to the current environmental protection plans and guidelines.

"The development that was proposed then does not meet Council or community expectations of environmental protection. What is hugely concerning is that the revised State Significant Development proposal put forward now goes well beyond the footprint of that old approval and will have a significantly greater and profoundly negative impact on the local environment".

"The development approved in 1989 is restricted to what is now the E3 Environmental Management zoned portion of the site. By far the majority of the current State Significant Development Proposal is located outside the E3 zone and instead is within the environmentally significant E2 zone. The E2 zoned portion of the site was never intended for development. Approval would have a negative impact on the local environment and disrupt Council's long-established planning goal of protecting land between towns."

The Minister for Planning and Public Spaces, Rob Stokes MP, has confirmed that LEP 2015 will be the framework against which the State Significant Development proposal will be assessed.

Mayor, Cr. Mark Greenhill, said: "Council questions why an assessment process is progressing where the development is wholly prohibited within the E2 zone. We will continue to advocate against this proposal."

For more information go to here.

Karen Curran - The Heart of Us