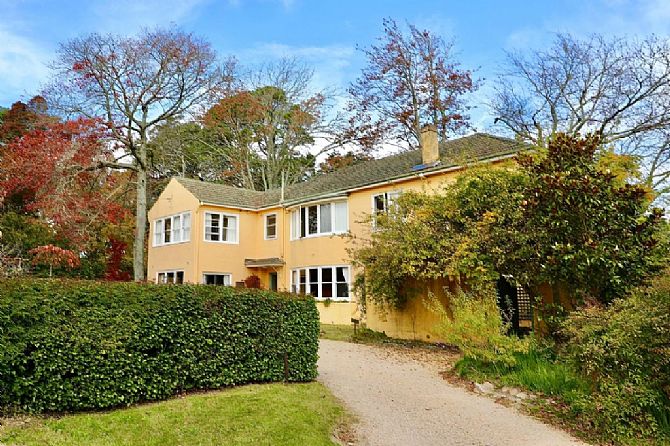 The Blue Mountains Writers Festival will return in October 2021, with the Morrison Government delivering more than $76,000 in funding to help reboot the popular event through the Restart Investment to Sustain and Expand (RISE) Fund.

The Festival is the latest beneficiary of the federal government’s $200 million RISE Fund, which is reactivating live performance venues and events across Australia, and joins other premiere events in New South Wales, such as The Sydney Fringe Festival 2021, to receive a funding boost.

Now in its third year, the four-day festival, to be held at the iconic Carrington Hotel, Blue Mountains Cultural Centre, Blue Mountains Library and Varuna, the National Writers’ House, will include live events, digital streams and online and in-person workshops.

Liberal Senator for Western Sydney, Senator the Hon Marise Payne, said locals would be able to hear directly from some of Australia’s most dynamic literary voices.

“As a passionate supporter of our local arts institutions, including the Penrith Regional Gallery, I am delighted to see this fabulous celebration of the written word return to its full strength in 2021,” Senator Payne said.

“Very much the product of the Blue Mountains creative scene, it’s no wonder the Festival has already earned a reputation as one of the most prominent standalone artistic events in New South Wales.

The event is presented by Varuna, which is based in Katoomba

“Our exceptional writing community in the Blue Mountains will be joined by some of Australia’s most exciting writers,” Ms Sambrooke said.

Senator Payne said the Festival would have an economic ripple effect.

“This event will provide an economic boost to the Blue Mountains due to the range of local services and jobs that will be tapped before, during and after this event.

“It is expected the Festival will support 95 jobs in the creative industries sector alone, while also providing an indirect boost to adjacent industries like hospitality and tourism,” Senator Payne said.

“Delivering this funding is yet another practical example of how the Morrison Government’s Economic Recovery Plan is supporting our recovery from the COVID-19 pandemic.”

Mr Mark Jarvis, owner of the Carrington Hotel, said the Festival would be a magnet for tourism.

“Our distinctive arts scene is a major part of what attracts people to the Blue Mountains so I am very pleased the federal government is backing us in with this investment,” Mr Jarvis said.?

Although not held in the same format as in 2019, the Festival was supported by ABC Radio Sydney last year which broadcast a series of ‘fireside chats’ with authors Tegan Bennett Daylight, Andrew Kwong and Charmaine Ledden-Lewis.

The Festival will run from Thursday 21 October to Sunday 24 October 2021. For more information about the Festival, visit Blue Mountains Writers Festival.