he Mayor presented Blue Mountains Aboriginal Advisory Council (AAC) member Dharug Elder Aunty Bev with a talking stick during the ceremony. Aunty Bev accepted the gift on behalf of long-term AAC chairperson Gundungurra Elder Aunty Merle, who was unable to attend the event.
Blue Mountains City Council unanimously adopted a 'Statement of Recognition and Commitment' and acknowledged the Council's strong partnership with Gundungurra and Dharug Traditional Owners on 25 May 2021

Blue Mountains Mayor, Cr Mark Greenhill said: "The Statement is a vision for Council to walk with Traditional Owners, and the broader aboriginal community, to build a more positive future based on truth, respect and recognition of Traditional Ownership.

"The journey to historic and transformational moments such as this Statement takes time, and significant discussion. The Aboriginal Advisory Council began work on the Statement in 2017. Extensive discussions and consultation has ensured that Traditional Owner and local First Nation perspectives, and local conversations and aspirations, have been reflected and captured.

"We acknowledge and thank the Aboriginal Advisory Council for their pivotal role in developing the 'Statement of Recognition and Commitment', which aims to honour the past and respond to the future in an honest and meaningful way."

Gundungurra Elder Aunty Sharyn Halls said: "The Gundungurra Aboriginal Heritage Association committee see this as another step towards Aboriginal people being able to do this style of Statement in their local government areas. It can open a way forward for Memorandum of Understandings, Co-Cooperatives and Indigenous Land Use Agreements.

"I'm hoping this will build a pathway towards a real and meaningful Treaty and Constitutional changes in this Country."

Dharug man Chris Tobin said: "The Statement acknowledges the damage and destruction that was dealt out to Aboriginal people, culture and Country during British colonisation and the legacy of that, which is still with us, is the hard and harsh truth of things. And although it can be hard to hear, by Council speaking the hard truth of the matter it saves Aboriginal people having to tell this story over and over, and works toward liberating us from being defined by these cataclysmic events and helps in our healing."

Mayor Greenhill said: "This statement - what I call 'Our Statement from the Heart' - provides a guiding vision on how the Council can respect and acknowledge the ongoing and unbroken connection that Traditional Owners hold with their Country (Ngurra), acknowledges the wrongs of the past, and proactively addresses the current and ongoing disadvantage First Nations people continue to suffer."

The Statement was endorsed by Council on the eve of National Sorry Day - the day we remember the grief, suffering and injustice experienced by the stolen generations.

It is the intention that the Statement be reaffirmed by each subsequent Council within 12 months of it commencing its term in office.

Read the Statement of Recognition and Commitment 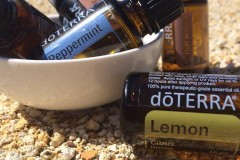