“Lithgow has a strong community spirit where many people give generously of their time and effort to improve outcomes for our community," said the Mayor.  “The Australia Day awards celebrate and recognise those contributions and I was also proud to welcome 7 new citizens from all over to world to our diverse community here in Lithgow.”

The Young Volunteer of the Year Award was presented to Elyse Hudson who has tirelessly volunteered her time for the Lithgow Show Society, Lithgow City Band and Lithgow City Council. Elyse is the Show Society’s media officer and has co-founded the society’s youth committee, providing a way for younger people to create events for the Show. As Lithgow Showgirl, she was involved in drought fundraising. As a member of the Lithgow City Band, she has performed at many venues and community events. Elyse is also a Lithgow City Youth Council member working on a bullying initiative and a Halloween volunteer.

The Volunteer of the Year Award in the Open category was awarded to Sue Murdoch who is best known as founder of Nanna’s Touch, a support group for parents and carers of children with autism.  Sue is the organiser, fundraiser and host for the Lithgow Accessible Lifestyle Expo now in its 3rd successful year. This expo showcases disability services and support available in the local area. Sue runs the Disability Sewing Group at LINC. Sue has also recently established Ma’s Kitchen in partnership with Uniting, an inclusive group which aims to teach healthy cooking skills.

The Young Citizen Achievement Award was presented to Emily Bennett who gives to the Lithgow community through her volunteer work for the Red Cross, the Show Society and the Catholic Church. She regularly participates in and volunteers for community and church events. Emily was school captain at La Salle and received the School Citizenship Award in Year 12. She now works at La Salle as their youth minister caring for our local youth.

The Citizen Achievement Award in the Open Category was jointly awarded to Aunty Helen Riley and Sharon Riley who co-founded the Mingaan Wiradjuri Corporation in 2008. Sharon was the Office of Environment and Heritage’s Aboriginal Cultural Heritage Officer. She was responsible for installing 195 bollards around the significant Blackfella’s Hands site to protect it for future generations as well as the installation of steps to make the site more accessible for everyone. Aunty Helen is a member of the Wiradjuri Elders. She is a co-organiser of NAIDOC and NAIDOC week on country in the Capertee Valley. She is also an advisor on the Committee of Aboriginal Cultural Heritage to the Environmental Minister of NSW.

The Service to the Community (Organisation) Award was presented to the Lithgow Highland Pipe Band which regularly performs at community events throughout the Lithgow region. They have supported Remembrance Day, Armistice Day, the White Ribbon March, the Rhododendron Festival, school fetes, Vietnam Veteran’s Day and Australia Day events across 3 locations. They have performed at events in the Lithgow region for decades.

The Outstanding Event Award was presented to Resilience 2018. Greg McManus and the other organisers of the music festival Resilience have taken action to reduce the barriers and stigma around mental health and suicide prevention. Greg and his team created a fantastic event which brought young people together in Lithgow while being a vehicle for essential mental health messages. 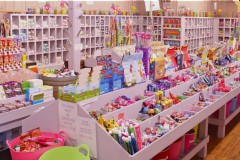 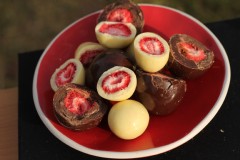