Veterans Invited to Have Their Say on the Future of DVA

Hawkesbury and Blue Mountains veterans and members of the Australian Defence Force are being encouraged to share their ideas, experiences and suggestions regarding the future of the Department of Veterans Affairs.

Almost a century after it was created, the Department of Veterans Affairs (DVA) faces an uncertain future, following a review into Compensation and Rehabilitation for Veterans by the Productivity Commission.

Member for Macquarie, Susan Templeman, said there were concerns about the Commission’s draft recommendation to split up the duties and responsibilities of the Department of Veterans Affairs, meaning the Department would cease to exist.

“A substantial change like this will have a huge impact on our local veterans and defence personnel,” Ms Templeman said. “I’d like to hear their views and ideas about this proposal.

“We know DVA is not perfect, it needs reform, but it is critical to ensuring our veterans receive the care and support they deserve."

“The Department of Veterans Affairs was established almost a century ago as a part of Australia’s commitment to its World War 1 veterans.

“One of the key areas of concern is the recommendation that there be a single Ministry for Defence Personnel and Veterans.

“It has been suggested that this could result in a serious conflict of interest created by moving policy into the Department of Defence, with no independent policy decisions.”

“I am inviting local residents and veterans to share their experiences, concerns or ideas about the future of the DVA.

“It’s important that we work side by side with our veterans and serving military personnel to improve the DVA rather than simply dismantling it." 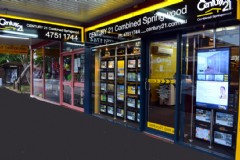 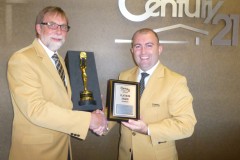