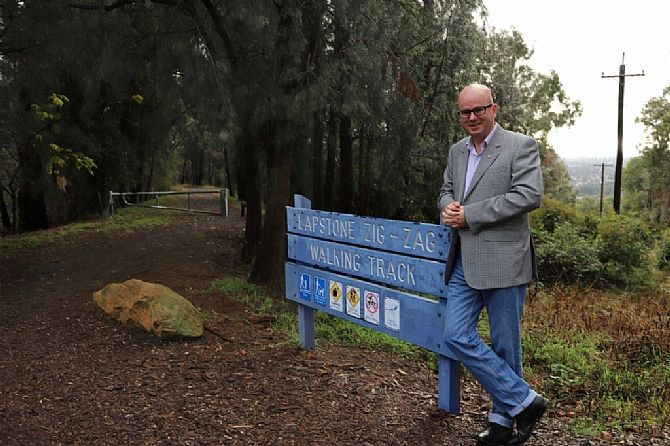 Mayor Mark Greenhill at the Zig Zag Walking Track.
A $2 million upgrade to 2.35km of walking tracks in the lower Blue Mountains will make significant heritage features more accessible to residents and tourists.

"This project will not only make these walking tracks in the lower Blue Mountains more accessible to more people, but it will also help open up significant heritage areas.

"For example, a new concrete path will provide full accessibility along the top section of the Lapstone Zig Zag Walking Track, through an impressive cutting and past the former Lucasville train station.  It will also connect to a new lookout with views down to the heritage Knapsack Viaduct and beyond to the Penrith plains."

The Lapstone Zig Zag was a railway built in 1863-1865 to overcome, an otherwise insurmountable climb, up the eastern escarpment of the Blue Mountains. Today the path is marked by an informal and eroded track, leading to an opening in the trees at Siding Lookout, where embankment repair is needed.

It is proposed that a new Siding Lookout will wrap the edge of the existing switchback, while terraced seating will give priority views over handrails to people in wheelchairs. It will also include interpretive signage.

"An improved trailhead and connections to an extended network of paths linking Penrith to Glenbrook, opens up the potential of bushland recreation to locals and tourists alike," Cr Greenhill said.

Council will be seeking feedback from the Blue Mountains community when the project gets underway in August 2019. 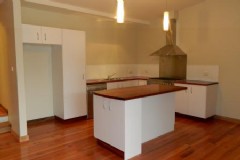