Treasures from Under the Floorboards 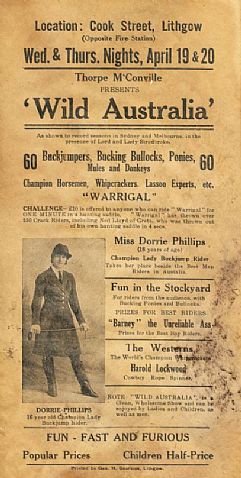 Handbill for Wild Australia
Sometimes it is amazing what comes to light during renovations - especially under old floorboards! Treasures that give a fascinating glimpse into our past.

Unfortunately apart from the dates of the performances, the year was unknown.  A little bit of investigative digging by Library staff through the Lithgow Mercury on Trove uncovered the dates - 19 & 20 April 1922.  The handbill is in remarkable condition given it is almost 100 years old and gives a glimpse into entertainment from a different time.

The show appeared to be popular, returning year after year until around 1949. Local riders would sign up to compete to win prize money but were generally not very lucky. One of the selling points was that it is a ‘wholesome’ show suitable for ladies and children, as well as men.

The Library is always happy to receive such treasures for the local history collection.  In particular, old photographs, history relating to Lithgow and district, and even issues of the Lithgow Mercury or other local papers prior to 1898.  These older papers are scarce, and occasionally turn up during renovations or hiding under grandma’s linoleum. The handbill will now be preserved and added to the Library collection.

For more information on the Lithgow Library local history collection drop into the Library between 10:00am to 12:00pm Monday to Friday or contact the library on 63529100. 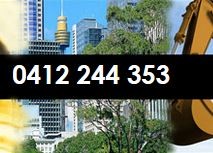