The Budget Delivers for the People of Macquarie 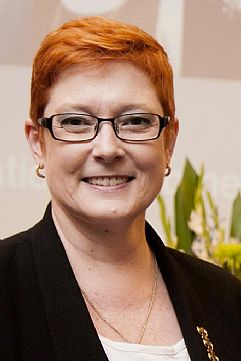 “The Turnbull Government is giving hard working Australians in Western Sydney the opportunity to benefit from tax relief for individuals and small to medium businesses, more job opportunities and incentives, while ensuring record funding of essential services such as schools, hospitals, aged care and disability services,” Senator Payne said.

“We are providing responsible tax relief – starting in the Budget year for low and middle income earners – to ensure Australians keep more of their hard earned income. We are also lifting tax brackets over time to ensure wages are not eaten up by higher taxes,” Senator Payne said.

“There are 63,435 taxpayers in Macquarie who stand to benefit from the low and middle income tax relief measure in the upcoming 2018-19 financial year,” Senator Payne said.

“The Turnbull Coalition Government is banning exit feeds on superannuation accounts for when you change funds, and we will stop superannuation funds from forcing young people under 25 or with a low balance to pay for life insurance policies they have not asked for or do not need,” Senator Payne said.

“Through the ATO we will be proactively finding your lost super and have it sent to your active superannuation account, ensuring it doesn’t get eaten up in ongoing fees.”

“On July 2, our new child care system will come into place, with 5,610 local families in Macquarie standing to benefit from these reforms,” Senator Payne said.

The National Partnership Agreement on universal access to early childhood education will be extended for a further year at a cost of $440 million.

“We are making child care more accessible and affordable – providing the greatest level of assistance for those that need it the most.

“The Turnbull Coalition Government is implementing a National Energy Guarantee to ensure that Australian families and businesses can have reliable and affordable energy,” Senator Payne said.
“We are repairing energy markets so they put consumers first, making the energy companies’ work harder in giving households and businesses the best deal. We have secured agreements from gas companies to guarantee supply, pushing down prices."

A Stronger Economy for More Jobs

Extending the Instant Asset Write Off for Small Business

“This Budget extends the popular instant write off for small businesses for a further 12 months. Small businesses with turnovers up to $10 million can benefit from writing off assets costing less than $20,000,” Senator Payne said.

“Well over a thousand local businesses in Macquarie have benefited from this popular small business measure that has now been extended.”

“The Australian Government has committed $125 million in funding to the Western Sydney City Deal. This unprecedented 20-year deal brings together the Federal and NSW Governments with the Blue Mountains, Camden, Campbelltown, Fairfield, Hawkesbury, Liverpool, Penrith and Wollondilly local governments in Western Sydney.

“At the cornerstone of the Western Sydney City Deal, the Australian Government has partnered with the NSW Government to commit to $34.9 million for a case study into the first stage of the North South Rail Link from St Marys to the future Badgerys Creek Aerotropolis via Western Sydney Airport,” Senator Payne said.

“Initiatives include an Aerotropolis employment precinct with jobs in knowledge-intensive industries, a North-South Rail Link from St Marys to Badgerys Creek Aerotropolis via the Western Sydney Airport; a Western Sydney Parkland Liveability Program to deliver community facilities and a new planning regime for Western Sydney to cut development costs and boost housing supply.”

The following Commonwealth funded projects are ongoing in 2018-19:

The following projects are completing in 2018-19:

The National Stronger Regions Fund invests in infrastructure projects that focus on strengthening Australia’s regions by improving the productivity, employment and workforce skills of Australians.

The Roads to Recovery Program is provided to all local government authorities to assist them in maintaining and upgrading local roads.

“In the 2018-19 Budget we are continuing our ongoing commitment to alleviate congestion through our targeted $1 billion Urban Congestion Initiative,” Senator Payne said.

“In the 10 years from 2018-19, the Government will focus on alleviating this burden by investing in projects in urban areas which address pin points and access to airports, ports and freight hubs.”

“Under the new agreement, NSW public hospitals will receive over $39.5 billion over the five years to 2024-25, delivering an additional $8.94 billion in funding compared to the previous five years. This is a funding increase of 29 per cent,” Senator Payne said.

“Lifeline Australia will receive additional support, as will funding for Mental Health Research, with $125 million over 10 years from the Medical Research Future Fund,” Senator Payne said.

“We are helping older Australians stay in their home for longer through more high level home care packages. In this Budget we are funding more than 14,000 additional places,” Senator Payne said.

“We are also ensuring better quality of care and greater transparency of care to protect older Australians who can no longer stay at home.

“Further, we are investing in skills programs for workers over 45 years; allowing people on the Age Pension to keep more of what they earn from part time work and extending this to those on the pension who are self-employed; expanding the Pensions Loans Scheme to all people of Age Pension age; and allowing recent retirees to make further contributions to superannuation,” Senator Payne said.

“We are supporting the 24,227 people aged over 65 and their families in Macquarie to live longer, happier and healthier lives.

“This Budget guaranteed the funding of the National Disability Insurance Scheme (NDIS). Once fully rolled out, the NDIS will directly help an estimated 3,348 people and their families in Macquarie,” Senator Payne said.

“The Budget will ensure residents in Macquarie will have affordable access to medicines,” Senator Payne said.

The Coalition Turnbull Government is:

Funding for Sport and Active Lifestyles

“We will provide $154 million nation-wide to promote active and healthy living, including $83 million to improve existing community sport facilities, and to expand support for the Sporting Schools and Local Sporting Champions programs,” Senator Payne said.

“We are delivering real money for our schools to deliver better results for our children. This is delivering on the needs-based funding model recommended by David Gonski,” Senator Payne said.

“We are also making sure our record and growing school funding delivers a quality school education so every student in every school in Macquarie is given an opportunity to succeed and thrive.

“We are ensuring that 2,087 children in Macquarie can access 15 hours of quality early learning in the year before school.” 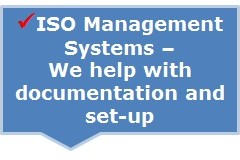