The Blueness Of A Wound Game, set in the Blue Mountains - Out Today The Blueness of a Wound
The Blueness of a Wound is a highly unique point and click game that uses concept art for its in-game graphics and is a callback to the first adventure games where the stakes were high every step of the way. The game features art by graphic novel author Roko Zaper and music by the legendary Hiroki Kikuta (Secret of Mana).

Throughout the game players will be asked to rely on their own intuition through the Divination System which combines the use of Tarot Cards and Magic. Set in the stunningly beautiful Blue Mountains region of Australia, The Blueness of a Wound is like no game you have played before.

Haunted by a tragic event that led to the loss of her sister, Lana is a young woman who returns to the place of her childhood to seek answers.

That place is Australia’s Blue Mountains which, according to the Indigenous peoples’ stories of the Dreamtime, is where the omnipotent Rainbow Serpent lives. To get the answers she seeks, Lana will have to venture deep into the primordial valleys of the mountains where the forces from the beginning of time still hold dominion.

What sort of gameplay experience does Blueness of a Wound offer?

It started out as a traditional point and click adventure with character choices such as those found in visual novels. However, I wanted the stakes to be high and for players to approach choices using intuition and their own knowledge. In many ways I wanted to return to the beginnings of game design and even before then, where adventure books often gave you choices where to take the story. I remember being so engrossed in these books and a lot of gaming choices these days do not have the same impact. They always seem to nudge the player in one direction and the choice is drowned out by so many other factors, a myriad of gaming systems, bombastic music and knowing that nothing can really go wrong. I wanted to strip away those things and create an experience where everything is fresh again, minimalistic and requires concentration and investment.

How would you describe the artistic style?

I would say the style probably draws on numerous influences including storybooks, comics, anime, concept art, Japanese sumi-e art, Indigenous art forms and pop art. Unlike in a lot of video games, the art style really takes centre stage here as it was one of the main reasons its development started. As an artist and a gamer, I have constantly been inspired by the amazing concept art we see developed behind the scenes for games. I remember thinking one day, I want to play a game where the concept art is not just the base for the 3D models we are so used to. One example I remember is someone asking in a forum: ‘Can we have a game where we play as Yoshitaka Amano's characters from Final Fantasy?’ Something clicked. There are a few small homages to the concept art of past games here that some players will pick up on.

The Blue Mountains are located just outside Sydney in Australia. Known for their amazing scenery and old growth temperate rainforests, they present an amazing setting for a game full of mystery.

They are also home to some of the oldest continuous cultures on earth and are still inhabited by the Gundungurra and Darug peoples with some sites dating back as far as 22,000 years ago.

We wanted to honour this special heritage and include concepts in the story that could serve to teach about the mythology of the area.

Members of the production team visited the Blue Mountains frequently which proved a constant source of inspiration.

Unfortunately, a lot of the forest was lost in the fires that devastated the region during the summer of 2019/2020. We thought it was of even greater importance to continue making the game and both honour what came before and contribute to a greater impetus to protect the natural world around us, a source of both life and magic. The Blueness of a Wound - concept art

The Blueness of a Wound - concept art 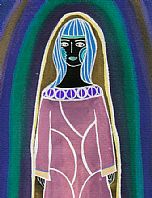 The Blueness of a Wound - screenshot

The Blueness of a Wound - screenshot

Jenolan Caves Experience Australia’s most spectacular caves!
Announcement
Indulge and relax in our Wilderness SpaNestled amongst the trees, enjoy nature and the tranqility whilst soaking in your Spa bath.View Eagle View Escape »