Inspired by local resident Simone Bowskill, the bus seat was a team effort by Blue Mountains City Council and Uniting Ability Links, which provided funding for the seat.

Ward 2 Councillor, Romola Hollywood, said, “This is a great example of Council and community services working together with local residents to improve our amenities, not only for people with disability but for our whole community.”

Simone Bowskill, said,  “One day last year after toiling up Darwin Avenue to catch the bus, I thought how pleasant it would be to have a seat at the top of the road to rest on while waiting for the bus.”

“As I have Parkinson's Disease and walk using crutches, the idea of a seat had even greater appeal."

However, the site was not listed as a priority location for a bus seat.

Cr Hollywood said she could see what a difference a bus seat could make for Simone and others with limited mobility. “It would enable her to catch the local bus and stay connected with our community. However, I also understood that Council must allocate resources on a priority basis.”

Cr Hollywood referred Ms Bowskill to Uniting Ability Links, which offered to pay for the seat.

“With the help of Cr Hollywood and Council staff we managed to get the seat installed on a paved area, and it is there now for all to see and enjoy,” said Ms Bowskill.

“The ability to travel independently and enjoy a broader experience of social inclusion across the Blue Mountains is vitally important,” she said. “We’re delighted to be able to provide the support required to make that happen.”

Council will tend to a few minor remaining tasks over the next two week to complete the bus stop seat, including the placement of tactile surfacing to assist pedestrians who are visually impaired. 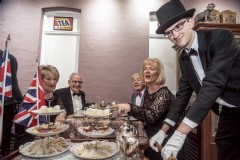 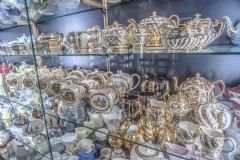