Blackheath Men….Wednesday 4th November was the weekly Single Stableford and 2 Ball Better Ball . The winner of the single stableford was that old Blackheath Legend… Murray Mehrtens (25) with a fine score of 40 points on a countback from Roger Pierce also on 40 points. The 2BBB also went to Murray partnering another old Blackheath stalwart..John Holmes with 46 points. Nearest the pin on the 2nd went to Ian Fitzgerald at 400 cms and it seems that nobody won the NTP on the 17th. Balls went to 35 points. Remember to have a hit at the mountain’s top rated course call Darrin or Jack on 47875643.

Saturday 7th November was Royal Blackheath Day and the Monthly Medal. An Annual event normally held in April but with the advent of Covid-19 was postponed to Saturday 7th November.There is a certain amount of history involved with this event as it came about due to a relationship with Royal Blackheath in England where Blackheath Golf and Community Club sent food parcels during the second world war and Royal Blackheath showed its appreciation with the donation of a perpetual trophy which is played for each and every year.The winner of the Royal Blackheath Day was Jim O’Keefe (14) with a nett 66 also picking up the B grade Medal. N.Benson (11), Graham Dowdell (10) and Ian Griffiths (10) all finishing with nett 66 will play off during next months Medal. The C grade Medal was won by Phil Binskin (23) with Nett 68. Nearest the pin on the BJR Climbing &Equipment 2nd hole went to Barry Simpson at 167 cms, the Leading Edge Computer sponsored 5th was notwon, the Monocure 3D sponsored 7thwent to Steve Caswell at 327 cms, on the Victor Kanjian sponsored 13th to Jimmy Robertson at 450 cms, on the Ken Scully sponsored 14th to Peter Brown at 95 cms and on the Ben Cameron sponsored 17th to Mick hillier at 187 cms. Balls went to 70 nett on a countback.The Hawkins-Sanderson trophy held in conjunction was won by Al Campbell (6) and Graham Dowdell (10) with an aggregate score of 135 nett. Next week the men are playing a 2 man Ambrose a popular event so get in and get your name down early.

Blackheath Ladies…Thursday 5th unfortunately was rained out but Club Captain..Brian Tulloch hosted the ladies for a social luncheon which was thoroughly enjoyed by all .Next Thursday the ladies are playing a Par event sponsored by Jean Simpson.

Saturday 7th November was also the Royal Blackheath stroke event for the Ladies with the winner being Louise Aaron (31) with a fine 67 nett Balls went to 70 nett on a countback.Next Saturday the ladies are playing a Single Stableford sponsored by Etsuko Saxton. 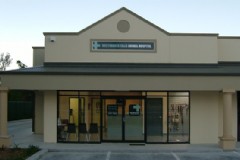