Shake these Blues Away 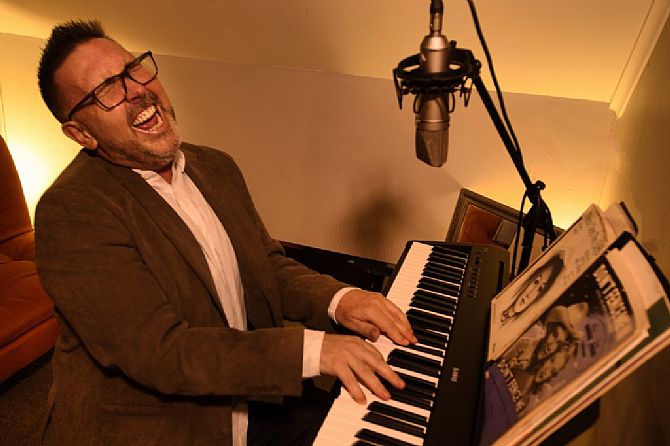 One of Australia's most talented soul, jazz and blues songwriters, Daryl Aberhart is celebrating the release of his latest album Shake These Blues Away and is featured this month at the Afternoon Delights Series on Saturday afternoon, 7th May in Katoomba.

You can expect a truly dynamic afternoon, with some classic sounding swing and Latin originals in the first set, followed by some foot stomping blues in set two, peppered throughout with some choice tunes from Daryl's vocal album of guitarist John Scofield's music (The Cat Within 2007).

An accomplished vocalist, keyboard player, composer and arranger, Daryl Aberhart became interested in music from an early age, studying classical piano and voice to 7th grade level. He graduated from the Sydney Conservatorium of Music in 1993 aged 18, majoring in the jazz vocal course.

Over the years Daryl has appreciated many different music styles from Bach to metal, punk to jazz, and names Steely Dan as some of his favourite music.

Vocally his influences include Carmen McCrae, Sarah Vaughan, Donald Fagan, Bill Withers, Stevie Wonder, Jeffrey Osborne, Michael Jackson and Bon Scott, with his own mellifluous style incorporating a wide variety including pop, rock, soul, cabaret and jazz. Daryl's piano playing and signature powerful vocals is full of passion, and to top it off, he brings with him a super stellar band!

Nic Cecire performs on Drums:  an incredibly versatile player with a signature sizzle to his swing and a serious snap in his groove. During his illustrious career to date, Nic works with a veritable who's who of Australian jazz, rock and soul, R+B artists. Nic is also a most in demand teacher at the Australian Institute of Music in Sydney.

Local Blue Mountains resident, Brett Hirst is on  Bass: In terms of a stellar music pedigree, just like Nic, throughout his extensive career, Brett has worked with many of the greats in both the local jazz and pop scenes, with musicians such as Mike Nock and Lior as their bassist of choice. Brett always knows exactly what's required, and serves it up just right up, every single time.

Guitarist, composer & New Zealander Peter Koopman leads his own projects and is also a member of COAST and prog-djazz outfit Scoredatura. His latest release is "No Cattle", a collaborative instrumental trio album featuring Miles Thomas and Brendan Clark. Peter has also performed with the likes of Vince Jones, Katie Noonan & Donny Benét. 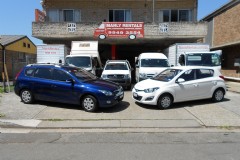 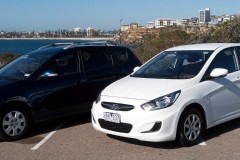 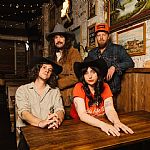