Australia will follow the United Kingdom’s lead under a Shorten Labor Government and sign a Military Covenant to show the country’s support for current and former Defence personnel.

Federal Member for Macquarie, Susan Templeman, says it will be similar to the United Kingdom’s Armed Forces Covenant, a principles document which promises that those who serve or have served in the armed forces, and their families, will be treated fairly.

“This will be Australia’s first Military Covenant and if we are elected, we will legislate regular reporting to Parliament on how Australia is supporting current and former military personnel.

“It is a much needed measure to underpin any decisions a Government makes, and will support people living in the Hawkesbury and Blue Mountains who had served or continues to serve their country.

“It will, for the first time in Australia’s history, hold the Government of the day to account on how it is supporting those who have sacrificed for our nation. It will require them to provide an annual report to Parliament, identifying gaps in support and how they are being addressed.

“In the UK, the covenant recognises that military personnel put serving ahead of their own interests, and forgo some of the rights enjoyed by those outside the Armed Forces. It recognises that, at the very least, British soldiers should always expect the Nation and their commanders to treat them fairly, to value and respect them as individuals, and to sustain and reward them and their families.”

Ms Templeman said Labor would work with the Australian Defence Force, Department of Veterans’ Affairs and ex-service organisations to draft the relevant wording of a military covenant and associated legislation.

“The electorate of Macquarie is home to thousands and serving Defence Force personnel, veterans and their families,” she said.

“In the Hawkesbury, we have one of the oldest RAAF bases in the country, RAAF Richmond,” she said. “And in the Blue Mountains, we have RAAF Glenbrook, home of Headquarters Air Command.

“So our region is probably more aware than other communities of the challenges personnel and veterans face,” she said.

“We know already there are flaws in the support provided to veterans transitioning into civilian society, with employment figures showing that five years following discharge, around thirty percent of veterans find themselves unemployed.

“And the numbers around self-harm and suicide within our veterans community are unacceptable. Government can and must do better.

“While we acknowledge a bipartisan commitment to giving the best possible support to our serving and ex-service personnel, this Covenant will formalise that commitment.

“People who put their lives on hold to serve their country deserve to know, in no uncertain terms, that we acknowledge the sacrifice they and their families have made in service to our nation, and that we are committed to being there for them now and into the future.

“Labor’s commitment to those who serve, and have served, is rock solid, and we will state this commitment as a core value and principle.”

Ms Templeman said signing the Covenant would build on Labor’s previous commitments to the current and former Defence community, including our $121 million veterans’ employment policy and our family engagement and support strategy.

The views in this article are those of the original author and do not necessarily reflect the view of FreshAirDaily or BlueMountainsAustralia.com. 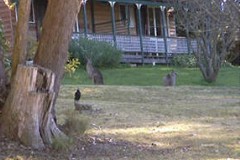 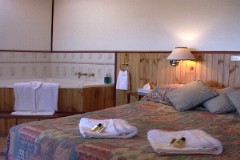