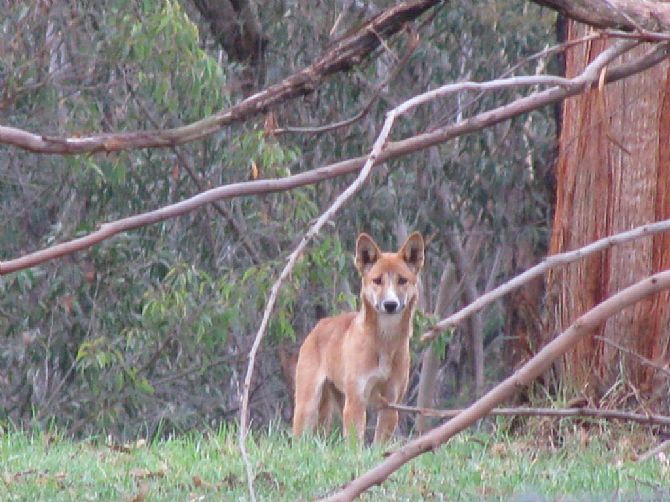 Wild dog
BLUE Mountains residents are being warned not to feed wild dogs, following a series of close calls in the area.

Greater Sydney Local Land Services Biosecurity Team Leader Lee Parker said there had been a series of complaints from residents in the Wentworth Falls and Glenbrook areas of wild dogs roaming the streets, entering back yards and attacking domestic pets.

It comes after officers discovered a local resident had been feeding the animals.

“By feeding these animals, you are encouraging them to return to the area which is exactly what is happening.

“These are wild animals, they are not the pet next door, they are dangerous, carry diseases and can cause extremely serious problems if allowed to establish in an area.

“Our message is simple, just don’t do it.”

He said he had heard reports a small child was almost attacked.

“A mother had put her child down for a brief second, when she turned around, she saw a wild dog taking the child’s blanket away,” he said.

“This is serious, we don’t want to see anyone get seriously hurt.”

Wentworth falls resident Richard Kazmierczak said his small breed pet dog had been bitten by one of the wild dogs through their backyard fence.

“They are brazen, we’ve seen them in the driveways when you put out the garbage, my neighbour lost five of her chickens just the other day,” he said.

Neighbour Margaret Harrison said she feared for her safety.

“There are two small babies and other little children in this street. What are we meant to do when they get hungry or aggressive?”

She said she’d woken one night to see two dogs peering through her bedroom window.

“This affects our comfort, our assets and our way of life,” she said.

“People shouldn’t be encouraging them.”

“Quite simply, we’ve had enough,” he said.

“This is reckless behaviour that puts everyone at risk and will not be tolerated.”

One of the wild dogs spotted near houses 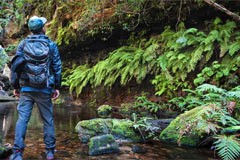