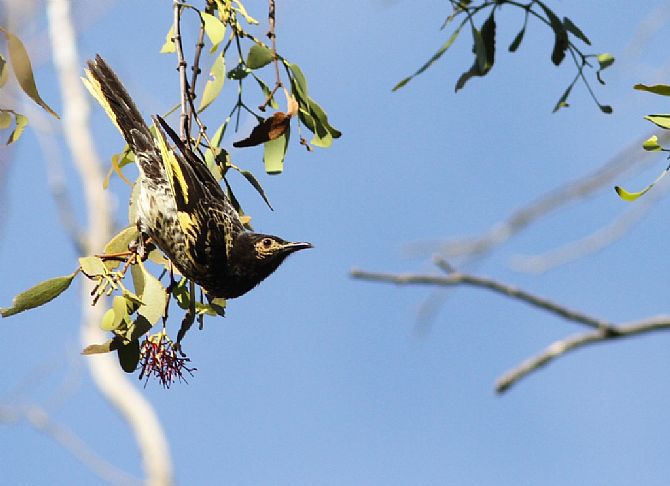 One of the breeding pair found at Mulgoa
One of Australia’s rarest birds, the Regent Honeyeater, has successfully bred on a private property in Mulgoa.

While the exact number of the total population is unknown, it is estimated less than 1,000 of the species remain in the world.

She said the conditions for them to breed were perfect however a successful pair hadn’t been recorded in Western Sydney for years.

“Regent Honeyeaters feed on eucalyptus flowers, mistletoe, lerp and small insects and rely on grassy woodland as habitat,” she said.

“This particular site was a quiet, undisturbed spot in woodland beside a farm dam which the birds drank and bathed in regularly.

“To my delight, it wasn’t long before they started to build a nest.”

Fellow officer Peter Ridgeway has worked to preserve the native flora and fauna in Western Sydney for the past decade.

He said it was rare for nesting attempts by Regents to be successful.

“An estimated 66 percent of Regent Honeyeater nests fail. They face drought, wind which can destroy nests, competition for food, aggression from other birds nest as well as predators such as sugar gliders, brush tail possums and lace monitors,” he said.

Peter and Gen worked with Australian National University and Birdlife Australia and the Office of Strategic lands department to protect the nest, installing a monitoring camera on the nest, carrying out regular inspections and installing a protective collar on the tree to prevent ground dwelling predators from reaching the nest.

Their efforts paid off, with a chick successfully fledging the nest after weeks of anticipation.

“The family have now flown away together to continue their nomadic existence. The juvenile bird will begin to grow coloured feathers characteristic of adult Regents over the next three months, but for now remains a greyish brown bird, with some yellow panelling on its wings.

“We’ve worked closely with the land managers on this property to carry out feral animal control for a variety of species, support native vegetation and control weeds and have no doubt this gave the birds a better chance of successfully breeding,” he said.

You can help attract native birdlife to your garden or property by leaving out water, keeping logs on the ground and old hollow trees for habitat and planting local native plants.

A professional arborist was hired to install a camera 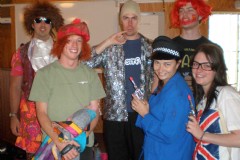 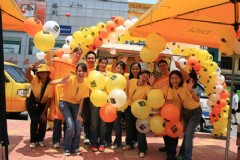 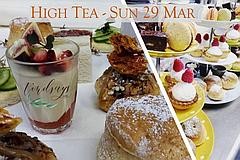