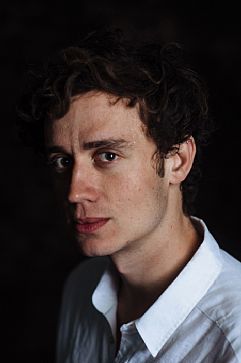 2015 Slam Champion, Philip Wilcox
Get set for another night of spoken word excitement at the Blue Mountains Heat of the ‘2018 Australian National Poetry Slam’.

Blue Mountains Library will host this iconic slam contest on 21 June, which has become a favourite on the local poetry calendar.

This year’s heat will be hosted by 2015 Slam Champion, Philip Wilcox, who promises the opportunity to witness slam poetry at its best.

By day, Philip is a children’s entertainer and studying to be a school teacher, but by night he shares the stage with hip hop artists and poets like Omar Musa, Luka Lesson and Solo (Horrorshow).

Philip has featured in major events like the Sydney and Wollongong Writers’ Festivals, as well as headlining the Melbourne event ‘Voices in the Attic’. He is also a playwright and co-wrote and directed ‘Thursday’, the most popular production of the 2013 Sydney Fringe Comedy Festival.

Fifty Slam Heats burn across the nation leading to eight State Finals and the National Final on 14 October.

Over 1000 writers will perform, but only one will be crowned 2018 Australian Poetry Slam National Champion.

Performing writers are given a microphone, a live audience and just two minutes to capture the crowd with their own original work.

Join Katoomba Library for a night of unpredictable fun at the Blue Mountains Heat of the ‘2018 Australian National Poetry Slam’ on Thursday, 21 June. Sign up to perform from 6.30pm (first 20 signups only will perform). Show starts at 7pm. This is a FREE event and no bookings are required.

Time:
Sign up to perform from 6.30pm (first 20 signups only will perform). Show starts at 7pm.

Tickets:
This is a FREE event and no bookings are required.