Over 200 Species Recorded at Jenolan Bioblitz 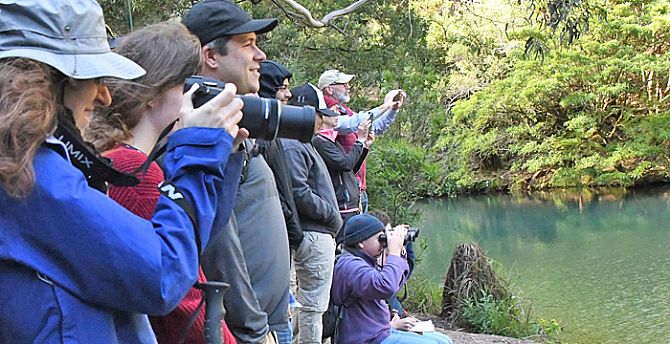 At Jenolan, the main activity is exploring caves. So as visitors are often in a hurry, the enormous array of wildlife in the area around the caves tends to be overlooked. However, recently, Jenolan hosted a BioBlitz, organised by K2W Glideways, a local environmental organisation. In the full weekend of exploration, over 100 nature enthusiasts managed to spot and record a whopping 200 and more species.

What is a bioblitz? Bioblitzes are intensive biological surveys done over short periods of time to record as many species as possible within a limited area. Bioblitzes have become hugely popular around the world, and are often conducted by scientists in collaboration with volunteers and the general public, in a movement dubbed ‘citizen science’.

Why Jenolan? Firstly, Jenolan was gazetted as a reserve as early as 1866, and much of the original biota and habitat is still intact. Secondly, although Jenolan is a well-known area, it is clear from recent work that there is still much to learn about its flora and fauna. Aims of the Jenolan BioBlitz were to collect data for Atlas of Living Australia Biocollect portal (a cloud-based data collection tool), increase local community involvement, improve identification skills, increase the number of citizen scientists, and build on previous floral and faunal records for Jenolan.

Jenolan’s Bioblitz participants included ecologists, volunteers and members of the public. David King, a Gundungurra man from the Blue Mountains, opened the event with a Welcome to Country and smoking ceremony. Taronga Zoo brought its ever-popular Zoomobile. Booths displayed information from the Office of Environment and Heritage ‘Save Our Species’ (SoS) Program, the Foundation for National Parks and Wildlife and the National Parks Association. Volunteers from University of Sydney and International Volunteers for Peace provided much-needed support for survey work plus helped with food preparation and other tasks. Local community plays an important role in understanding and conserving biodiversity.

‘Vulnerable’ species found included the Flame Robin (Petroica phoenicea), Gang-gang Cockatoo (Callocephalon fimbriatum), whose numbers are in decline, the Sooty Owl (Tyto tenebricosa), as indicated by a fresh owl pellet and the koala (Phascolarctos cinereus) (a koala scat was found near Burma Road). In addition, a Greater Glider (Petauroides volans) (listed as Vulnerable/Commonwealth) was sighted.

The 2018 Jenolan BioBlitz was supported by the Foundation for National Parks and Wildlife through funding from the NSW Governments Environmental Trust, the Bushconnect Program and the OEH Saving Our Species program (SoS). Participating organisations included National Parks and Wildlife Service (NPWS), the Australian Museum, the Blue Mountains Koala Project and Waterbug Blitz. 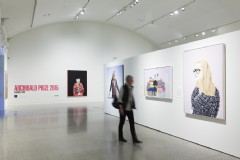 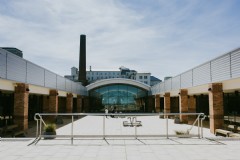