Students and teachers at Our Lady of the Way Primary School in Emu Plains will benefit from new and improved facilities supported by the NSW Government.

The project has delivered new administration facilities at the school. Mr Ayres congratulated the school on their building project coming to fruition.

“I commend the school for their efforts, and I’m proud the NSW Government has helped support this project,” Mr Ayres said.

“It’s vital our schools have high-quality school facilities, and this project has helped deliver them at Our Lady of the Way Primary School.”

“We want to provide high quality education resources to all students so they can succeed and thrive in the 21st century,” Rob Stokes said.

BGAS grants are directed towards Independent and Catholic schools with the greatest need to help them cater for growing enrolments with new or upgraded facilities.

The latest NSW Budget provided a $32 million boost to the program, bringing the total funding under the scheme to $165 million over the next four years to assist Catholic and Independent schools to accommodate growing enrolments.

The Building Grants Assistance Scheme is funded by the NSW Government and administered by the Association of Independent Schools NSW and Catholic Schools NSW.

The increased funding for the program is in addition to the staggering $6 billion investment by the NSW Government over the next four years to deliver more than 170 new and upgraded government schools throughout NSW. This is the largest investment into public school infrastructure by any state government in Australian history. 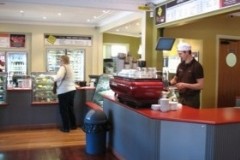