Blue Mountains City Council (BMCC) has welcomed a NSW Ombudsman recommendation that SafeWork NSW apologise to the Council “for the way it conducted its compliance activities in 2017-2018 and acknowledge the detrimental impact on Council, staff and ratepayers for its actions”, as well as pay compensation.

The NSW Ombudsman Michael Barnes yesterday (21 August 2020) released his Final Report that outlines that six Improvement and Prohibition notices issued by SafeWork in relation to Wentworth Falls Preschool, Heatherbrae House, Springwood Depot and Lawson Carpark between 28 November 2017 and 13 March 2018 were either unlawful or unreasonable.

In a letter to the President of the Legislative Council and the Speaker of the Legislative Assembly the Ombudsman stated: "I identified a number of occasions where SafeWork’s compliance notices were issued contrary to law. In particular, on a number of occasions SafeWork Inspectors issued notices without holding the reasonable belief that is required under the legislation. Instead, they issued the notices because they were directed to do so.

“The issues at the heart of this investigation centre on good administrative practice. Employers, workers and the community need to be able to place their trust in a regulator to act lawfully and reasonably, and to provide certainty and consistency in enforcement."

Mayor Mark Greenhill said: “Blue Mountains City Council has been the victim of a politically motivated and prolonged attack in which the State’s safety regulator was weaponised for political ends.

“Those politicians whose involvement created an environment where these things could happen, should consider their positions very carefully.

“To our staff and former staff who have been affected by this, I hope these findings give you a sense of relief.  I acknowledge our CEO, Dr Rosemary Dillon, for her leadership and integrity in incredibly difficult times.

“To those of my Councillor colleagues who sought evidence and truth, I express my gratitude.

“I would also like to thank the community of the Blue Mountains for standing by us throughout.”

In January 2018, BMCC complained to the Ombudsman that SafeWork took excessive and unreasonable compliance actions under the WHS Act compared to what it would normally have done in similar circumstances.

BMCC CEO Dr Rosemary Dillon said: “We were concerned that SafeWork NSW, which should act as an independent regulatory agency, was being politicised and driven by media pressure, and had been inappropriately directed in its interactions with Council.

“Council has acknowledged since early 2018 that there had been failures in asbestos management practices and the organisation has been diligent in addressing these matters, and continues to strengthen and improve its asbestos management,” Dr Dillon said.

“The Ombudman’s report notes the statements of witnesses that BMCC’s systems and processes were not substantially different to similar organisations. Yet the Council was singled out for special treatment, with all the consequences that followed for the organisation, staff and the community.”

Council has spent more than $10 million in relation to asbestos management since November 2017 and Council outlined to the Ombudsman that it believed “a significant portion of this expenditure has been in response to disproportionate regulatory action taken by SafeWork”.

Among the recommendations, the Ombudsman stated that SafeWork should “make an ex-gratia payment pursuant to s 26A of the Ombudsman Act 1974 to the Blue Mountains City Council to compensate it and its ratepayers, at least in part, for the unnecessary expenses they incurred in conducting additional testing for Wentworth Falls Preschool and Lawson Carpark”.

The nine other recommendations relate to the need for SafeWork to improve policy, regulations, guidelines, staff training and quality assurance practices and documentation.

The Ombudsman’s Final Report states: “One senior SafeWork executive described the environment in the following terms: ‘In many ways we were caught in the middle of historical matters not of our own making and agendas that had little to do with the safety of workers or the community’.”

The SafeWork executive went on to say that the matters “occurred in an environment of sensationalist media commentary that was elevating community concern and fear throughout the Blue Mountains community. At the same time the local council was being threatened with dismissal, based largely (and I believe mistakenly) on our compliance notices”.

The Ombudsman’s report states: “The then Minister for Local Government [Gabrielle Upton] and the then Minister for Better Regulation [Matt Kean] maintained close and direct involvement in the events culminating in a public inquiry into BMCC, which is still ongoing. These factors created a complex and emotionally charged environment that presented unique challenges for both BMCC and SafeWork and placed significant pressures on the staff of both organisations.”

A statement from Council is included in the Ombudsman’s final report and states: “The pressure imposed on the Council through the repeated interventions of SafeWork, in apparent response to [the radio] broadcasts, was an essential element in the adverse outcomes suffered by the Council and its staff.

“SafeWork have themselves acknowledged the profound impact of this period on the Council and on the health and safety of the Council’s staff.  The senior SafeWork representative who took part in the discussions relating to the Council’s Enforceable Undertaking (EU) proposal requested that the Council include in its proposed EU actions the conduct of the Queensland Government “People at Work” survey. This survey is intended to assist an organisation to recover from traumatic events by addressing the psychological health and recovery of its workforce.”

Read the full Final Report by the NSW Ombudsman » 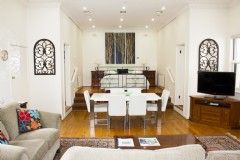 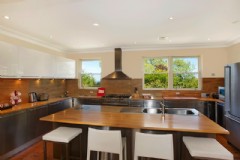