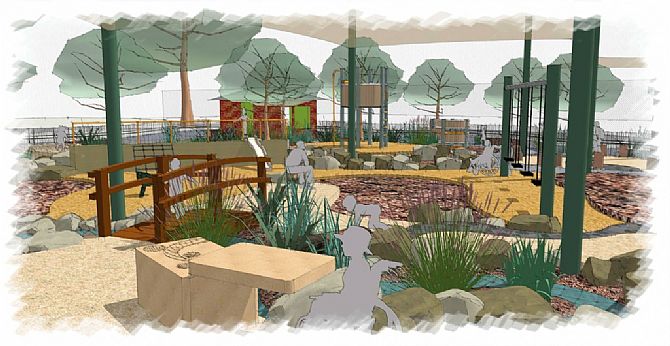 The upgrade of the playground is the first of many improvements that will bring the park up to a District Park standard. The proposed improvements are outlined in the Glenbrook Park Master plan and will be rolled out over the next few years as funding allows. The new playground is partly funded by the special rate variation.

Mayor, Cr Mark Greenhill, said, “Glenbrook Park is an integral part of Glenbrook village and the gateway to the Blue Mountains. The new playground will be appreciated by residents and visitors alike.”

The new playground will have a heritage transport theme in recognition of the park being on the site of the original Cox’s Road. A horse sculpture, as well as elements of old train wheels and cart wheels, will be placed in the playground precinct.

The Valley Heights Locomotive Museum is donating rail artefacts; the Sun Valley Pony Club has donated some horse shoes; the Lower Mountains Men’s Shed is making a bridge; the Luke Priddis Foundation has painted rocks; and the Lapstone Out of School Hours has painted some pavers as decorative features in the playground.

“It is wonderful to have local community groups involved in the new playground,” said the Mayor. “Their contribution really adds to the sense of place the Park brings to the whole community.”

Weather permitting, the upgrade of the junior playground in Glenbrook Park will be completed by late January in time for the Australia Day community event.

Progressive upgrades of all four District Parks are scheduled with the Glenbrook Park junior playground delivered first; followed by a new toilet block, carpark, boardwalk extension at Wentworth Falls Lake; and development of a master plan for Blackheath Soldiers Memorial Park and Buttenshaw Park, Springwood in 2018. 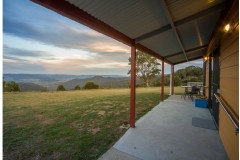 Stunning in all Seasons...