Myths of the Blue Mountains 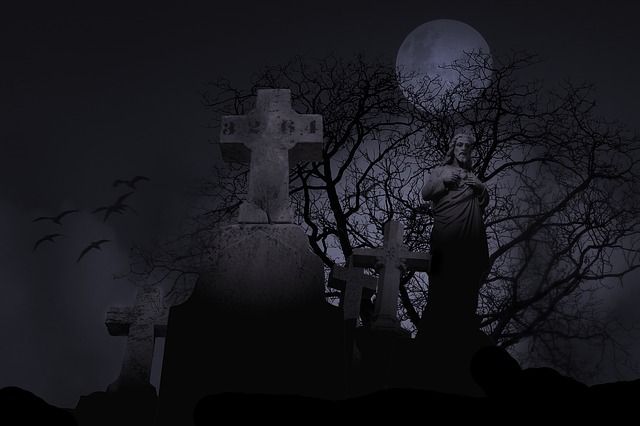 The Blue Mountains are scenic and beautiful, however there is more to the area than meets the eye. A number of local legends and myths have developed over the years, which cast the Mountains in an entirely different light. Some of these are explored below.

The Black Ghost of the Blue Mountains

A black clad female apparition has been stalking Victoria Pass for more than a century with truckies still reporting sightings of the woman on the descent from Mt Victoria to Little Hartley on the current Great Western Highway.

The woman is said to be the ghost of child bride Caroline Collett, beaten to death by her ex-boyfriend John Walsh in 1842 and left to spend an eternity of cold nights haunting travellers.

The road has been upgraded and widened since the original was built by convicts in the 1830s, but she is said to still puts in an occasional appearance for motorists, usually on the coldest of nights when black ice forces drivers to slow down.

Something evil has been stalking the western suburbs and Blue Mountains for close to eighty years. Reports of big cats that shred livestock and kill pets have been around since the 1930s, with at least 600 reported sightings in the past two decades alone.

Some say they are a secret “marsupial cat” yet to be classified, others suggest escaped circus animals that have mutated into giant feline killers. The truth is out there. Somewhere.

While the puma-sized creatures proved elusive during several government inquiries, theories abound as to what they might be.

See also The Daily Telegraph's Article:
10 Sydney Urban Legends That Will Give You The Creeps>>

The legend of the Three Sisters

The Three Sisters is the Blue Mountains’ most spectacular landmark. Located at Echo Point Katoomba, around 2.5 kilometres from the Great Western Highway, this iconic visitor attraction is experienced by millions of people each year.  This is the story of how they came to be.

Long ago there was a Bunyip who lived in a deep hole who was feared by all.

Passing the hole was considered very dangerous, therefore whenever Tyawan had to pass the hole in search for food, he would leave his daughters safely on the cliff behind a rocky wall.

One fateful day, Tyawan waved goodbye to his daughters and descended down the cliff steps into the valley.

Meanwhile at the top of the cliff, Meenhi was frightened by a large centipede which suddenly appeared before her. Meenhi took a stone and threw it at the centipede. The stone continued on its journey and rolled over the cliff, crashing into the valley below which angered the Bunyip.

The rocky wall behind Meenhi, Wimlah and Gunnedoo then began to split open and the three sisters were left stranded on a thin ledge at the top of the cliff. All the birds, animals and fairies stopped still as the Bunyip emerged to see the terrified girls.

As the Bunyip began to approach the girls, to protect them from harm, their father Tyawan used his magic bone to turn them into stone.

Angered by this, the Bunyip then began to chase Tyawan. Becoming trapped, in order to flee from the Bunyip, Tyawan changed into a magnificent Lyre Bird, yet in the process dropped his magic bone. Tyawan and his three daughters were now safe from the Bunyip.

Once the Bunyip had disappeared, Tyawan returned in search of his magic bone, yet this was never to be found.

Hear and sense the ghost stories, myths, and legends associated with these ghostly sites. Convict stockades (lost souls), the 'Ghost of Mount Victoria Pass' (Lady in Black), abandoned cemetery (strange lights and figures), Hartley historic village, the jail, courthouse, Shamrock Inn, and police station. A mystery site will be included on the night.