Led by long-legged Lizzie Mack, a charismatic front woman with a penchant for groovy 1960's vintage, and featuring the equally visually spectacular legend on lead guitar, much-loved ex-Red Wiggle, Murray Cook, The Soul Movers musical tour-de-force across a hip and funky musical spectrum of 1960s and 70s Soul, Pop, and rock and roll, making them one of the most exciting live and festival acts on the touring circuit today.

Backed by a band oozing with musical talent which features a star-studded cast of musicians who count themselves among the best in Australia. At times described as a "supergroup", Lizzie Mack and Murray Cook are joined by bassists Matt Crawford and Tony Mitchell (Sherbet), Marko Simec on keys (Waiting For Guinness) and legendary session drummer Luke Herbert (Paul Kelly, Kasey Chambers, Don Walker etc). Together they deliver a unified and electrifying live performance that impresses audiences and critics alike wherever they go.

The Soul Movers have recorded in both the US and Australia to create four critically acclaimed albums - including their current for ABC Music 'Evolution' where the band retained their soulful roots while also branching out and bringing in more retro-rock, soul-funk and even disco elements. The record captures The Soul Movers incredible energy, broad influences and diverse talent. 'Evolution' was supported by four singles and video clips, including 'Circles', which saw the original Wiggles lineup reunited to lift the spirits of a nation during lockdown with a retro workout video a la Richard Simmons. The album and singles have been met with widespread critical acclaim and their YouTube and socials lit up with a response of love and admiration for the band's visual panache and exuberant flair.
They proceeded to sell out live shows across the nation, leaving audiences enthralled wherever they went and eager to join The Soul Movers family. Now they had a cohesive offering and territory that audiences responded to with equal measures of recognition, passion, and enthusiastic interaction.

"Taking in a Soul Movers live show is an essential experience for anyone seriously interested in that broad umbrella of "live music." - Bernie Howitt, RAM Magazine

"Murray Cook and Lizzie Mack have forged an alliance so powerful, so fearsomely funky, that The Soul Movers have become one of the most exciting live bands in the land…" - Glenn A. Baker - Music Historian, AM

"The Soul Movers are aptly named for their body-driven music that will have any seated crown writhing in their seats. Fronted by Lizzie Mack and Murray Cook (aka the original red Wiggle), the group combine electrifying guitar riffs with 60s soul-groove and a sprinkling of pop to form a night out that audiences will never forget. TSM's high energy bursts through to deliver a new album which is a tasty collection of surprise and delight." - Tait McGregor, The AU Review

"This is music that is all about the soul - its passion, emotional nuance, heartbreak, celebration, hurt and love. 'Bona Fide' is the sound of a talented, experienced bunch of soul-music lovers making a record where the essence of this passion and feeling is coursing through their veins. You can't really ask for anything more." - Brian Wise, Editor, Rhythms Magazine

With a love of sunflowers, real people, and the freedom to express herself as a songwriter, Linda Mizzi brings light, honesty and a touch of darkness into her songs. She tells real stories through her music, with strong, lyric based songs; that are upfront, warm, quirky, charming and sometimes even confronting. Linda lets her muse wander where it may, "Of course, music is far more porous than genre-definers would have us believe, and such is the case with her music." - Michael Smith.

For a taste of what is to come, you will have the chance to enjoy Linda in solo mode as she opens for The Soul Movers in her home town.
VENUE: 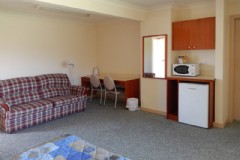 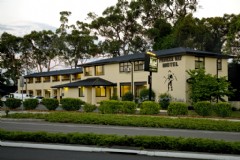