Marching to the Beat of Their Drum - the NSW Police Band 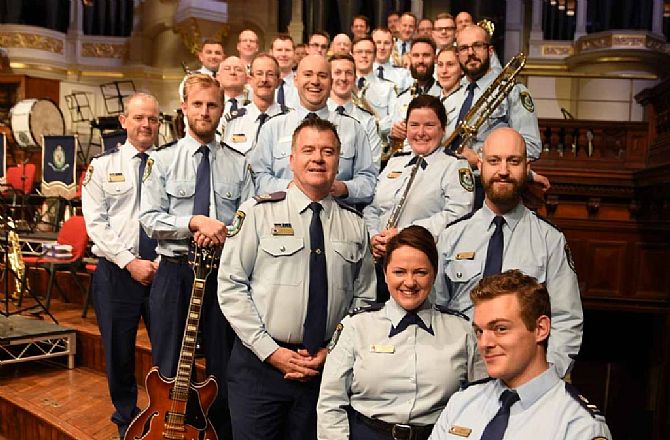 The NSW Police Band returns to The Joan for a morning of fabulous music to entertain and delight you. With multi-award winning vocalist Belinda Adams, the NSW Police Band will take you on a journey through the big Broadway hits, movie themes, orchestral and timeless classics with this repertoire of favourites from Bach, Rossini and Grainger to Bernstein, John Williams and more.

This talented and versatile group of 33 musicians, conducted by John Saunders, will present an irresistible program of all-time greats, Mack the Knife, Waltzing Matilda, All of Me, In the Mood, Memories, Don’t Cry for Me Argentina and many more, bound to have you humming all the way home.

The NSW Police Band was established in 1895 and is the longest standing concert band in Australia. It operates as a full-time unit with professional musicians who are employed as Special Constables. The band is an external organisation however continues to maintain a significant link in the ceremonial and social activities and is a high-profile public relations unit of NSW Police supporting community and multicultural based Policing activities throughout the Sydney metropolitan and country areas, helping to forge stronger links between the Police and the community.

The NSW Police Band’s performance is part of The Joan’s Morning Melodies program and ticket price includes morning tea from 10am.   Tickets are available at The Joan – but you’d better march in quickly as tickets always sell out for this show-stopping performance!

NSW Police Band - drumming it up at The Joan.