“Within the urban Lithgow area last week, Council staff have assisted with the repair and installation of water and sewer assets,” said Mayor Thompson. “New sewer connections were installed in Inch Street, Bells Road and Silcock Street with works progressing toward the installation of a new sewer main extension in Bowen Vista Estate.,” said Mayor Thompson. “Alongside this work, staff have been working towards the building improvements throughout the area. Security doors and lights have been installed at the Cullen Bullen RFS building, toilets have been repaired in Capertee, the ceiling repaired at the Lithgow LINC building, and a new dishwater installed at the Lithgow RFS building,” said Mayor Thompson.

“In the last week Council’s rural works staff have continued working towards the completion of two major renewal projects on Hazelgrove Road, Tarana and Cuthill Road, Sodwalls,” noted Mayor Thompson. “These projects are both nearing completion, and bitumen sealing tenders have recently been made public to invite quotes from appropriate contractors across the state. Additional to this work, Nile Road, Glen Davis and Cases Lane, Meadow Flat are currently being maintenance graded and Blast Furnace Park, Lake Wallace and the township of Rydal have been mowed and prepared for Walk and Talk, the circus and Daffodil Festival respectively.”

“Lastly, I would like to personally thank the Council staff who worked tirelessly alongside the Rural Fire Service and other local authorities in controlling the fires which occurred in Lidsdale this weekend,” noted Mayor Thompson. “Many staff volunteered to work lengthy hours Friday evening and throughout the weekend to fight the blaze that threatened the lives and homes of many Lidsdale residents. It is this selflessness and local pride that has ensured Lithgow maintains its sense of community spirit over its many years of history. On behalf of the Lidsdale community, I thank Council staff for their effort in assisting our emergency services during this difficult time”, said Mayor Thompson. 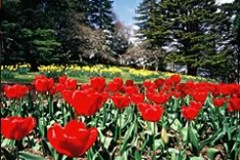 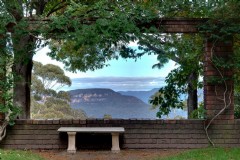 Breathtaking Views Over The Jamison