Letters to Lindy - At The Joan 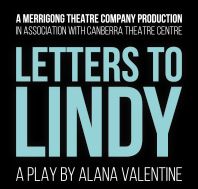 The story captivated a nation. A mother accused of murdering her child, her claim - that the baby was taken by a dingo - denied and discredited by zealous police and a flawed legal system. The media circus, the rumours, the mob mentality, and a nation's prejudices laid bare.

Over three decades, from baby Azaria's death to the final coroner's report, the public wrote more than 20,000 letters to Lindy. From sympathy to abuse, letters from children and letters from those who have lost a child, these letters traverse the gamut of human response to Lindy's story.

Letters to Lindy draws on this correspondence, as well as extensive interviews with Lindy Chamberlain-Creighton herself, to create an enthralling, moving, and long overdue dialogue between Lindy and the nation.

Directed by Darren Yap and featuring the critically acclaimed performance from Jeanette Cronin as Lindy Chamberlain-Creighton, Letters to Lindy provides a deep insight into one of the most compelling legal and human dramas of our times. It paints a singular portrait of the heartbreak, wisdom and resilience of a grieving mother and her 30-year fight for justice.

A poignant story and a reminder that the criminal justice system sometimes does get it wrong, and the human cost of these errors.

A story not to be missed.

Produced by the Merrigong Theatre Company in Wollongong and proudly supported by the NSW Government through Create NSW.