The Sydney Resilience Strategy, developed in collaboration with 100 Resilient Cities will aid the city in strengthening its ability to survive, adapt and thrive in the face of increasing global uncertainty and local shocks and stresses.

This week, Sydney’s 33 metropolitan councils and 100 Resilient Cities - Pioneered by the Rockefeller Foundation (100RC) unveiled Resilient Sydney, the first resilience strategy for metropolitan Sydney which calls for business, government, academia, communities and individuals to lead and work as one city.

Resilient Sydney which was developed by all 33 metropolitan councils in consultation with over 1,000 residents and 100 businesses and government organisations marks a new spirit of collaboration and connection in the city and is the result of two years of effort across Sydney.

Resilient Sydney lays out a set of tangible actions the city can take to build resilience and strengthen the city’s ability to survive and thrive through major shocks and chronic stresses.

Beck Dawson, Chief Resilience Officer said, “Resilient Sydney marks a turning point for our city, where we now look beyond our boundaries and backyards to work together as one city. We’ve spent two years talking to more than 1,000 people from 100 organisations to identify actions we can do together to help us bounce back from shocks and reduce their likelihood."

Mayor, Cr Mark Greenhill said, “I am proud that Blue Mountains City Council has played an important role in developing Resilient Sydney. I believe the ability to survive, adapt and grow as a city is linked to the strength of connections between neighbours, businesses, councils and government entities."

“The resilience of the City of Blue Mountains was truly tested with the October 2013 bushfires. This natural disaster was the single greatest challenge faced by the City and the Council and was unprecedented in scale and impact."

“Our community achieved, and learned, a great deal from this experience,” he said. “Our key learning, as a City, united in disaster, is the value of partnerships and social cohesion.”

Blue Mountains Councillor Shae Foenander, who attended the Resilient Cities launch, said, “Blue Mountains City Council is an example of how fostering and embracing the human spirit and the sense of community will lay the foundations of building their City's strength in becoming resilient.

"We need to support the strong network of volunteers and emergency services and always remember who looks after us in times of need."

Lauren Sorkin, Managing Director, Asia Pacific, 100RC said, “This strategy is an instructive example of what happens when a city comes together and agrees to work beyond boundaries. With commitments from across the city to support its implementation, Resilient Sydney will be a transformative force for this city and a guiding example for other cities around the world that face the same challenges.”

Resilient Sydney lays out five directions and 35 actions including one flagship action for each direction to build resilience in Sydney:

Some of the actions detailed in the Resilient Sydney Strategy are already being rolled out. The Australian Red Cross and Insurance Australia Group have teamed up in support of the “Get Prepared’ flagship action to develop the Get Prepared app. The app will enable users to develop a personalised emergency plan in minutes to help residents better understand what to do in the event of an acute shock such as an extreme heat wave, power outage or water shortage. 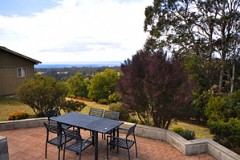 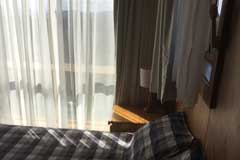 Ideal retreat for all your family...