Lithgow City Council General Manager, Craig Butler, was pleased to meet recently with hockey champion Lachlan Sharp to recognise his achievements and present him with a gift to remind him of his hometown.

Lithgow’s Olympic Silver medalist Lachlan Sharp (Lachi) has had a long road to reach the podium at the Tokyo Olympics with the Australian Kookaburras. Lachi started playing hockey at the age of four with the Zig Zag Hockey Club coached by his dad.

Lachi has collected plenty of awards and medals along the way with many state championships for Zig Zag Public School and Western Region during his younger school years.

Following his older brother and sister who were both state junior hockey players, at the age of 13 he moved to Sydney to play for Ryde Hunters Hill HC winning the first-grade championship in 2015.

This journey led to the Tokyo Olympic Games where he was a key player in the silver medal winning Australian team.

Lachi said “Winning a Gold Medal at the 2018 Commonwealth games and the Silver Medal at the Tokyo Olympic Games have been the highlights of my hockey career. I must recognise the support of my family, in particular my dad Richard who has coached me throughout my career.” He went on to say “Lithgow has a great hockey tradition and the facilities are world class here in Lithgow. I would encourage young kids to give hockey a go, you never know where it will take you.”

Lachi is now playing in Amsterdam in the Hoofdklasse, arguably the best club competition in the world.

The General Manager commented, “Across the Lithgow area there is a commendable diversity of quality sporting infrastructure. I am confident in saying that we can look forward to a healthy pipeline of future champions such as Lachlan in a number of sports.” 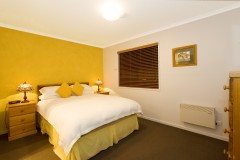 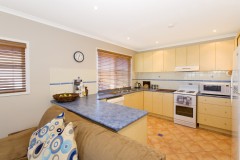 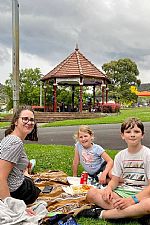