Source: Shayne Mallard Member of the Legislative Council
Posted: 20 May 2020 A famous mural at Katoomba Station depicting the Three Sisters has been given a new lease on life after being restored as part of the NSW Government’s New Intercity Fleet project.

The mural was originally painted by artist Vernon Treweeke in 1992, however years of exposure to the elements in the rail corridor had caused it to wear away.

As part of work to upgrade parts of the Blue Mountains Line in preparation for the arrival of the New Intercity Fleet local Blue Mountains artist, Peter Marshall, was commissioned to restore Vernon Treweeke’s work.

“This mural at Katoomba Station is one of several painted along the Blue Mountains Line by Vernon Treweeke, with each one featuring elements of local folklore,” said Mr Mallard.

“The Katoomba mural features one of the most iconic sites in the Blue Mountains, the Three Sisters. The mural was removed from the rail line in November last year and was restored by Peter Marshall.

“This work is now complete and the mural has been returned to the rail corridor on the opposite side of its original location where it can be enjoyed by tourists and locals travelling on the New Intercity Fleet for many years to come.”

This is the second Vernon Treweeke mural restored by Peter Marshall, with the first located at Blackheath Station.

Work to upgrade sections of the Blue Mountains Line started in February 2019 and is on track to be completed around the middle of this year. It has included platform extensions at Katoomba, Mount Victoria and Lithgow, as well as upgrades to signalling, and modifications to the Ten Tunnels Deviation.

The New Intercity Fleet is replacing the old V-Sets which are approaching the end of their lifespan. The new trains will mean more accessible, reliable, safer and more comfortable journeys for Blue Mountains customers between Central and Lithgow. 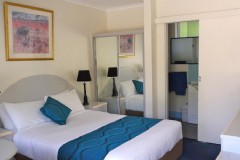 Council's Report Card from the Community Shows Best Results in 24 Years
Blue Mountains City Council is pleased to share the results of the latest...

Join Thousands of Australians as they Register for Fly into July
The Fly into July challenge is designed to encourage people of all abilities...
More News » 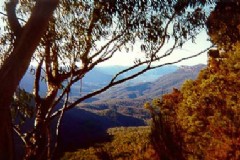