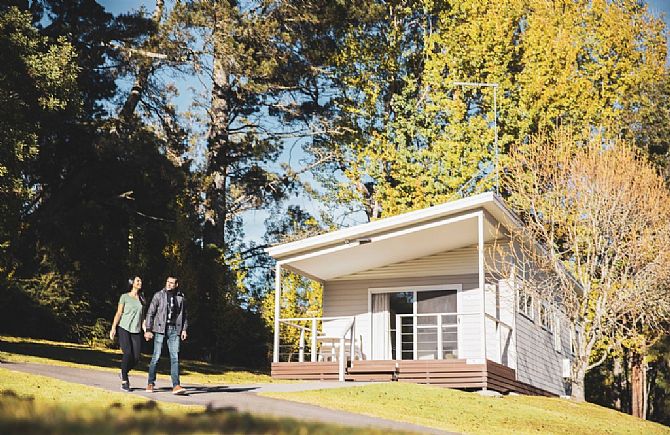 Each year the travel company combs through reviews and ratings left by travellers on their website, to identity the best performing accommodation providers around the world.

For the past four years, Blue Mountains City Council’s Katoomba Falls Tourist Park has received a Certificate of Excellence from Trip Advisor. This year it received the Travellers’ Choice Award, which means it is now ranked among the top 10% of accommodation providers globally.

Katoomba Falls Tourist Park Manager Benita Clark said: “We were thrilled to be recognised in that way.”

Like most tourist operators, this year has been particularly difficult as the combined effects of the bush fires and pandemic have drastically reduced visitors to the tourist park.

“Since the fires started in November last year we’ve endured mass cancellations,” Benita said. “When the fires subsided business lifted towards the end of January, but then of course COVID-19 hit.

“It’s been a very tough year - I think everyone in the Mountains can attest to that. So to receive some sort of recognition is wonderful and is a real testament to how hard everyone in our team has been working.”

Normally the park attracts international travellers from countries like Germany, The Netherlands, Denmark and the United Kingdom, as well as domestic travellers.

After an extremely busy June long weekend and July school holiday period, Benita says that business has been quiet again.

“People are just not travelling around at the moment, but it will improve,” she said.  “We just have to ride it out, and like everyone, take each day as it comes.”

Mayor Mark Greenhill congratulated the park managers for their global recognition, despite the difficult year.

“To be recognised by travellers is the best type of award,” Mayor Greenhill said. “To be named among the top 10% of accommodation providers globally, is a wonderful achievement.”