Journey to the Tiwi Islands with B2M: Mamanta 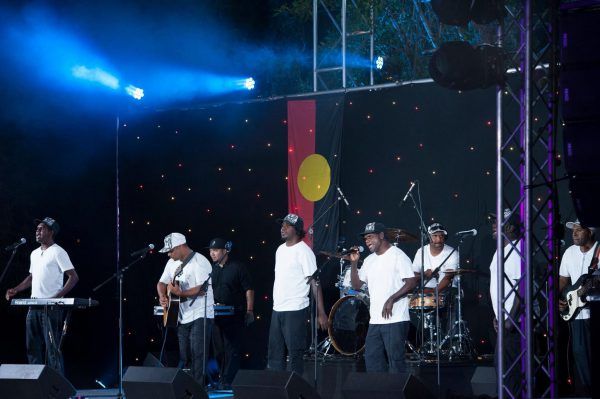 As the turn of the season approaches, the Joan will host seven-piece band from the Tiwi Islands, B2M (Bathurst to Melville), in their nationally touring show B2M: Mamanta on 1 September.

Formed in 2004, B2M are strong Tiwi men who write, record and perform music that transcends cultural, social and geographic boundaries. Their music is unique and infectious, filled with beats, chants and harmonies that showcase their exceptional blend of contemporary and traditional sound.

Bring in Spring with something a little different - you will not be disappointed!

Building on international acclaim, B2M (Bathurst to Melville), will fill The Joan with pumping Tiwi beats when they perform in Penrith as part of their first major national tour on Saturday 1 September.

This seven-piece band from the Tiwi Islands will showcase their unique blend of contemporary and traditional sound in a new performance that reveals the full breadth of Tiwi culture and identity. Mamanta – meaning ‘friend’ in Tiwi – is a vibrant cultural experience told through a mix of music, multi-media and song.

In an historic show of support from the Tiwi Elders, B2M have permission to use traditional Tiwi chants and blend them with modern musical elements. Combined with vivid multi-media imagery of contemporary arts and cultural practices, Mamanta will bring the Tiwi Islands to life.

“Drawing on a strong tapestry of stories, including our own songlines that have never left the Tiwi Islands before, Mamanta is unlike anything ever seen. We have never created a show that shares our experience this fully,” said band member Jeffrey ‘Yello’ Simon.

He says, “like the paintings that reflect the depiction of country, our songlines demonstrate our journeys, our history and our community.”

Formed in 2004, B2M are strong Tiwi men who write, record and perform music that transcends cultural, social and geographic boundaries. Their music is unique and infectious, filled with beats, chants and harmonies that showcase their ability to carry a positive image of their people and culture through RnB, Tiwi style!

“For us, the message that B2M shares is the most important facet of our music. Steering clear of catchy love-songs, we focus on bigger issues, like drug and alcohol abuse, mental health and understanding identity”, Yello said.

Directed by Gail Evans and produced by Artback NT and Skinnyfish Music, Mamanta is a rare gift to audiences. A captivating, moving and upbeat work that shares Tiwi history, culture and identity with the nation. 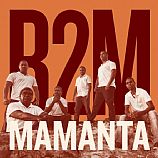 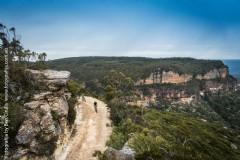 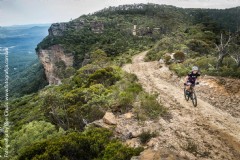