Jeff Lang to peform at the Wentworth Falls School of Arts On Saturday 21st September, Jeff Lang appears in at an impressive theatre venue, Wentworth Falls School of Arts in a thrilling concert presented by Music Hunter.

Three-time ARIA award winning Australian guitarist-songwriter-vocalist-producer, Jeff Lang has built a reputation for making startling music that is accomplished, intricate, gutsy, melodic and loaded with soul. Often taking unexpected turns, he has consistently inspired his audiences by creating a stylistically diverse catalogue of over 25 albums. He is coming to the Blue Mountains as part of his Patreon tour. An innovative way to share some of his music that has never been released anywhere before. It is essentially run like an independent record shop.Jeff will craft a completely new song list each night and over two long sets and will play songs from across his entire catalogue, often including rarely heard songs.

Jeff Says, "I'm hitting the road, traveling all around the country playing shows and letting people know about my new Patreon Archives project. I'm using the platform to unearth a hefty treasure trove of unreleased material spanning my whole career. I started thinking recently about the mountain of stuff that I've been accruing along the journey making records and playing shows, so I had a look in the vault, and there's A LOT of unreleased music floating around in there. Everyone knows that Ye Olde Music Biz has been in a state of upheaval since the dawn of the interwebs, but I reckon that there's something good possible now on this here Patreon site".

As legions of journalists have written, Jeff is not one to be easily pegged, though in a general sense it's fair to say he largely trades in roots-oriented rock; wider reaching in collaborations with the likes of roving guitar anthropologist Bob Brozman, American blues-rocker Chris Whitley, India's desert-dwellers Maru Tarang and world music virtuosos Bobby Singh and Mamadou Diabate. Jeff's work with the latter won the 2010 ARIA (Australia's Grammy) for Best World Music Album, while he and Brozman took one home for Best Blues and Roots Music Album in 2002. Jeff received that same award on his own in 2012.One writer referred to him as a "quiet achiever." But the overall impression one has from observing Jeff's lengthy career is that of a driven man who keeps his head down, playing and recording music as if his very life depends on it. Jeff has shared stages with Bob Dylan, Dr. John, Richard Thompson, Bonnie Raitt, Ani Di Franco, Chris Whitley, Albert Collins, Loudon Wainwright III, Greg Brown, John Butler, AR Rahman and Bob Geldolf, among many others.

"Jeff Lang is, in my humble opinion, is a national treasure, a truly gifted songwriter and an outstanding guitarist. He has been inspiration to countless Australian and internationally
renowned roots artists and surely has a place in history as one of this generation's finest.
He has really touched me and musically, I had a kind of revelation…"
John Butler, John Butler Trio

Doors open at 7.30pm, Jeff Lang will start at 8.00pm. Wentworth Falls School of Arts, 217 Great Western Highway. It's a family friendly event where under 18 music lovers are welcome. Sweet and savoury food and drinks will be available to purchase and there's plenty of parking and a train station nearby. Discounted tickets are available with pre-bookings, concessions and group bookings. Book via MUSICHUNTER or purchase at the door on the night, if not sold out. 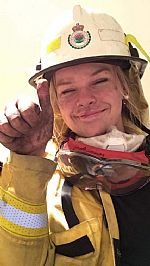