Have Your Say on Future of Scenic Eastern Escarpment 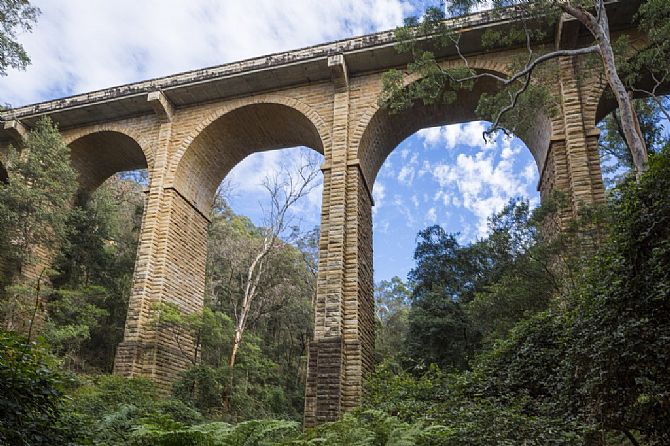 The eastern escarpment is located on the eastern edge of the Blue Mountains, stretching from Lapstone to Hawkesbury Heights, and neighbouring western Sydney. The precinct offers walking tracks and bike tracks through Blue Mountains bushland, and lookouts over the Nepean Gorge and Cumberland Plains.

Mayor, Cr Mark Greenhill said, “The eastern escarpment is a beautiful part of the Blue Mountains. It offers a wide range of recreational activities; supports a rich diversity of vegetation communities; and showcases important Aboriginal and European heritage.”

The draft masterplan offers a coordinated approach to recreational planning and managing visitor facilities for the precinct by working with neighbouring land managers including National Parks, Crown Lands, Penrith and Hawkesbury City Councils.

Another key feature of the masterplan is the opportunity for Council to closely engage with Darug and Gundungurra Traditional Owners to ensure that the management of ‘Country’ within the eastern escarpment area, achieves cultural, social and economic outcomes for the Traditional Owners and the broader Aboriginal community.

The Mayor said, “The draft plan has a focus on improving nature and culture based recreation opportunities in the lower Blue Mountains for residents and visitors alike. In many cases this will involve providing better infrastructure for recreation activities such as walking, sightseeing and cycling.”

The project site extends from Darks Common in the south, adjoining Blue Mountains National Park to Knapsack Reserve in the north and connecting with Yellomundee Regional Park.

The eastern escarpment is home to a large number of historic heritage sites, including state and nationally significant items such as the Lapstone Hill cutting, the 1892 Lapstone Hill Railway tunnel, and Lennox Bridge. The area also has high conservation value.

Residents and visitors are encouraged to review the draft masterplan and provide feedback on the future management of this important place. The draft plan is on public exhibition for community comment until Monday 4 December at www.bluemountainshaveyoursay.com.au/seemasterplan . Print copies of the draft plan are also available to view at all Council libraries.