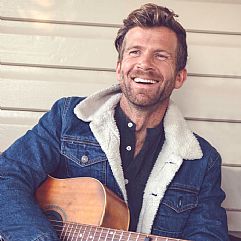 After 3 best-selling studio albums, 2 EP’s and over 12 years of national touring Owen Campbell has cemented himself as one of Australia’s premier Blues/Rock exports.

He has performed in many corners of the world from the USA, Ireland, Germany, Austria, Switzerland, France, Spain, Holland, Japan, Hong Kong, India and even performed at the highest blues festival in the world, The Himalayan Blues Festival in Kathmandu, Nepal.

Every album upon release has hit the Top 10 on iTunes Blues Charts in over 10 countries. One of which “Sunshine Road” reached Number 1 on the overall charts(Australia), knocking Adele of the top spot in 2014.

Originally hailing from Canberra Australia, Owen began playing at the age of 9 years old, guided by a diverse range of influences and a strong musical family. By the age of 17 he was performing in clubs/pubs/busking and cutting his teeth performing wherever he could.

Today, Owen Campbell brings a gumbo-like repertoire to performances all over the world. His smouldering guitar work runs from bluesy riffs to soulful finger-picking to lap steel guitar solos using a shot glass slide.
“My parents were a big influence,” says Owen. “They introduced me to such an awesome collection of music from such a young age. Bob Dylan, Van Morrison, The Band, The Rolling Stones. I always loved the variety and diversity to their sounds. My sound has bits of country, soul, roots, and rock. I love the variations.”

Now, Owen is gearing up to release his 4th studio album. “I thought it was time to do something different so I enlisted a group of talented friends and musical pilgrims and we congregated at a farm style studio in the hills outside of Cootamundra, NSW. We laid down the soul of the album over a few melting summer days and I quickly realised this was going to be something special. After so many years and albums I finally feel like I’ve found my musical homeland in this album. Easily one of the most rewarding rock n roll experiences I’ve ever had the pleasure to take part in.”

“One of the best performers to come out of Australia for quite some time.” – Argus News Ireland

“Owen Campbell brings us a sound born and bred in American southern country blues all the way from the Land of Oz.” – Blues Blast Magazine (USA)

“Seasoned musician with a mountain of talent.” – Sydney Morning Herald

Family friendly - minors must be accompanied by a parent or guardian and supervised.

General Admission. Room configuration is a mix of cabaret style tables and chairs and standing.

Fully licensed bar offering a large selection of wines by the glass and bottle as well as craft and tap beers, spirits and signature cocktails.

Full menu is available from midday through till 9pm. A limited bar menu is then offered until closing time 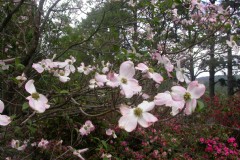 Glenbrook Cinema Your local indpendent cinema
Announcement
We are open!Come and explore the mountains with us on a day-tour in the Blue Mountains.View Freeland Hiking Co. »