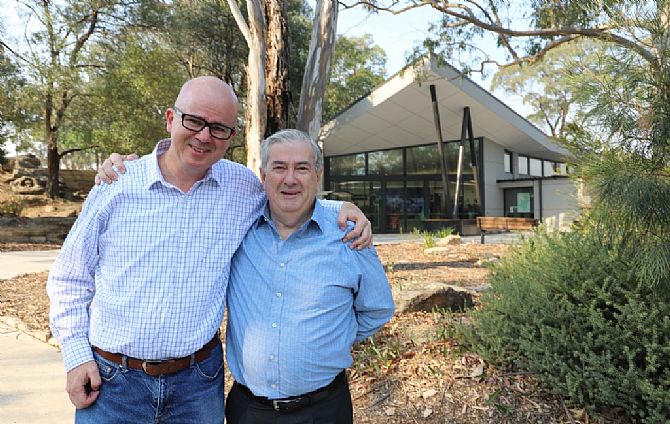 Blue Mountains Mayor Mayor Mark Greenhill OAM said: “Thanks to our waste contractor JJ Richards, who have managed to overcome this issue for us. Their perseverance, and the willingness of our staff to assist given this unprecedented bush fire activity, are amazing.”

“Penrith Council is also giving us a hand. Mayor Ross Fowler OAM, who was the Mayor of Penrith during the 2013 bush fires, helped us then and his Council is helping us again.”

Cr Fowler said: “That is what mates do. We helped out after the 2013 bush fires and we’re happy to be doing so again.

“This additional support at the Waste Management Facilities means extra support for both residents and Council during this difficult time.”

“Blue Mountains residents have until Sunday, 22 December to visit our waste facilities during the extended hours,” Mayor Greenhill said.

“Residents need to prepare now. We will not be able to keep the facilities open when fire is in the City.”

Waste services are scheduled to be provided across Public Holidays.