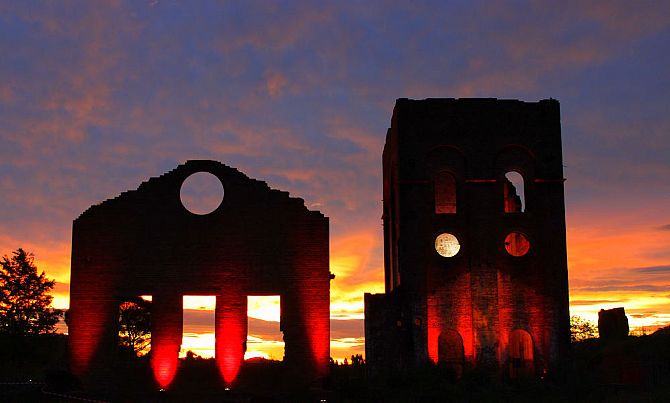 The community is invited to join in the celebrations for the Official Opening of the Lithgow Blast Furnace heritage site at the LithGlow 2018 event on Saturday 12 May, starting at 4:30pm.

The Official Opening is an opportunity for the community to hear about the early 20th century story of Lithgow Blast Furnace and how important this industrial undertaking was to the social and industrial history of Lithgow and the nation as a whole. What better way to see the recently completed works including elevated walking platforms that will allow you to walk through the fiery heart of the once powerful Blast Furnace? The opening also coincides with the 111th anniversary of the opening of the Blast Furnace in 1907.

The official opening will conclude at around 5:00pm, followed by a musical performance by “Celtic Heart”, courtesy of the Mitchell Conservatorium.

But that is only the beginning of a very special night of events at the Blast Furnace which include a Fire and Light Show, Food Trucks, Markets, Music and Entertainment.

Entertainment includes Strings on Fire with their flaming bows and fire eating fiddlers – the most dangerous violin duo in the world, Cirkus Surreal - a performing arts troupe, and Hula Illumination - with their smooth hula hoop moves and the latest high-tech glowing hula hoops make this act is a show stopper.

The Blast Furnace festivities are just one of over a dozen venues participating in the weekend long festivities that incorporate LithGlow and align with the Australian Heritage Festival.