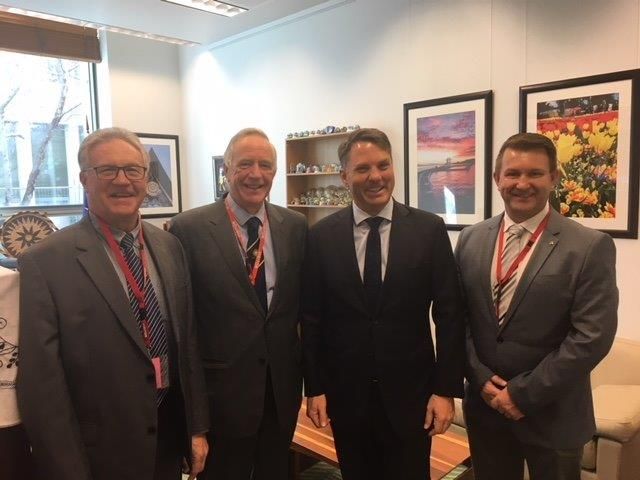 “We took the opportunity to engage with both sides of politics on Lithgow’s issues, particularly the potential for growth in Defence related industries and door knocked as many Federal Parliamentarians as we were able, with some success, whilst in Canberra,” said Councillor Goodwin.

Deputy Mayor Wayne McAndrew reiterated the need to continue to develop effective relationships with the Federal Government representatives in the ongoing pursuit of employment generation in the Lithgow LGA in areas such as Defence, energy production, and mining for export and local purposes.

“A number of Federal Parliamentarians are now much more familiar with the issues affecting our Lithgow community than they were previously, and as a Council, we do have to thank both our Local Member Andrew Gee and Senator Kristina Keneally who unlocked doors for our delegation, and in Andrew’s case provided effective support to us by attending meetings with Government officials on the days we were at Parliament House,” said Mayor Stephen Lesslie.