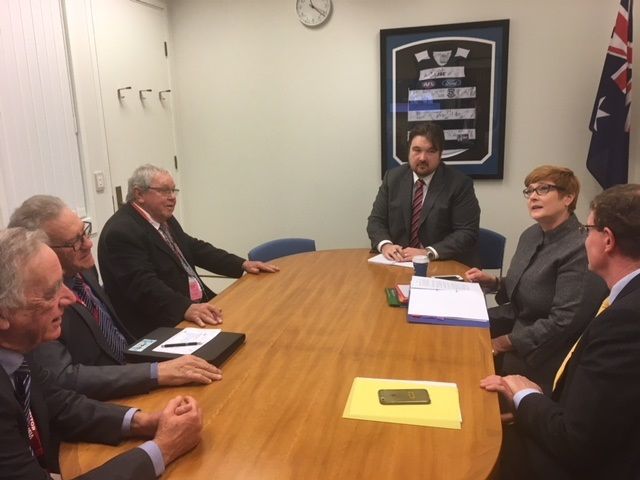 “The Minister was welcoming of the Lithgow delegation, was very aware of the current contribution of our Industries based in Lithgow and provided guidance on some initiatives Council could undertake to increase our local contribution to the Australian Defence cause,” said Mayor Stephen Lesslie.

“As a consequence of our discussion, Lithgow Council is to approach the Centre for Defence Industry Capability (CDIC) which help businesses navigate the defence market, provide specialist advice on improving competitiveness and accessing global markets, and facilitate connections with other businesses and Defence. The CDIC also links Australian innovators and researchers to the Defence Innovation Hub and the Next Generation Technologies Fund,” said Deputy Mayor Wayne McAndrew.

Cr Ray Thompson indicated that the discussions “had been most informative” and that Council’s Economic Development unit would be contacting the CDIC in the near future.

Seclusions Absolute Quality Honeymoon Hideaway
Announcement
Need help with your Company accounts?Speak with one of our friendly staff members today. We are here to help.View Trumans Chartered Accountants »