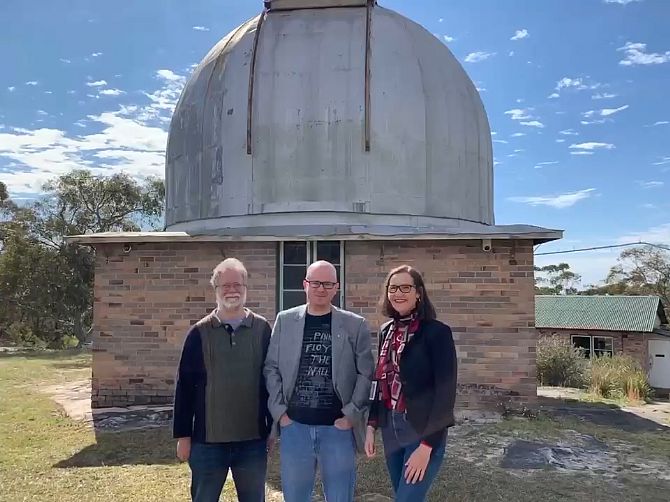 Ian Bridges, trustee of the Linden Observatory, Mayor Mark Greenhill and Cr Romola Hollywood.
Council will investigate the possibility of creating a Dark Sky Place in the Blue Mountains, with a decision expected early next year.

At its meeting this week, Council committed to consulting with representatives from the Australasian Dark Sky Alliance (ADSA) and relevant local stakeholders (such as Traditional Owners, environmental and community groups) regarding the merits and possible location of a Dark Sky Place.

The Dark Sky movement is relatively new but quickly gaining support, with two Dark Sky Parks already created in Australia in the Warrumbungles National Park and Winton Age of Dinosaurs Sanctuary. There are also three in New Zealand.

Blue Mountains Ward 2 Councillor Romola Hollywood said that as part of our commitment to being carbon neutral by 2025, it makes sense for us to consider how we can reduce light pollution.

“Research shows that artificial light pollution is increasing and that it negatively affects people, plants and animals, as well as costing money and increasing greenhouse gases,” Cr Hollywood said.

“As a City in a World Heritage Area we should be leading the way in reducing this wasted energy, and our starry skies are one of the things our residents and visitors love about the Blue Mountains,” Blue Mountains Mayor Mark Greenhill said.

Council will also write to the NSW Minister for Energy and the Environment, The Hon. Mathew Keen MP, urging them to pursue the certification of the Blue Mountains National Park as a Dark Sky Park through the IDA, and asking the NSW Government to consult with relevant stakeholders and ADSA regarding the merits of certification. 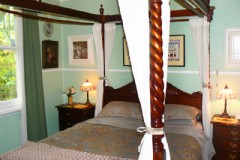 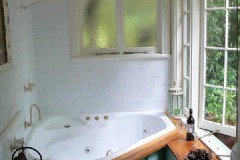