“The 2019/2020 bush fire season will be remembered as one of the worst in the Blue Mountains. At the last count we had 20 homes lost, and more than 70 damaged. Too many,” Cr Greenhill said.

“But it’s also one of the worst because we all lived with the threat of bush fires approaching from three sides during December and half of January. This is unprecedented and it has affected those who have been on the frontline, day in and day out; the heroic volunteers and emergency service personnel who just kept going during this unparalleled bush fire crisis.

“We all breathed a collective sigh of relief when fires were declared as contained recently, and this soothing rain is exactly what we all need.

“These free vouchers are another small gesture to say ‘thank you’ to our emergency service volunteers.

“This community is just so grateful for their unwavering dedication. We want volunteers to be able to take their families to one of our centres to relax after such a stressful period.”

The passes will be distributed to volunteers via the NSW RFS Blue Mountains District Office. 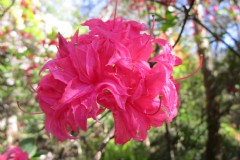